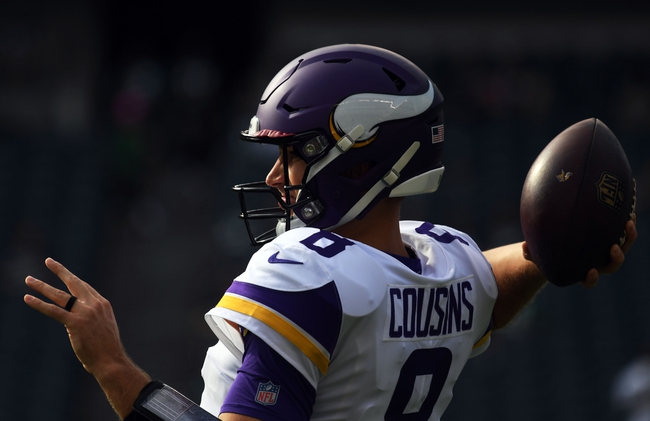 The Arizona Cardinals and the Minnesota Vikings will be matching up on the NFL gridiron from US Bank Stadium on Sunday.

The Cardinals enter this game at a disappointing 1-4 on the season. Arizona’s lone win came this past week versus the 49ers, but otherwise they’ve lost to the Redskins, Rams, Bears and Seahawks.

In the Niners victory, Cardinals QB Josh Rosen logged 170 yards and a TD, while David Johnson led the rush on 55 yards and two scores. Christian Kirk was the high man in the receiving game for Arizona with three grabs for 85 yards and a TD.

Over on the Vikings’ side, they’re coming in at 2-2-1 this season. Minnesota tied the Packers in Week 2 and recorded losses to the Bills and Rams. The Vikes’ victories came against the 49ers and the Eagles.

In the Philly game last week, Vikings QB Kirk Cousins posted 301 yards with one TD, and Latavius Murray put up 42 yards on 11 carries. Adam Thielen had a nice game through the air with 116 yards and a score off seven catches.

Arizona didn’t look like much coming out of the gate, and sure they’ve got their share of issues right now, but a 10-point win over anyone (even a bad Niners team) is a step in the right direction. Not to mention it was the first time the Cards have scored over 17 points this year.

As for the Vikes, they’ve put up a couple of real duds this year—most notably six points against the lowly Bills—but oddly enough still have a legitimate chance at competing for a wide-open NFC North title. The line on this one is pretty thick though, and I don’t really like taking chances with the favorites on games like that. I’m going Cardinals to cover.