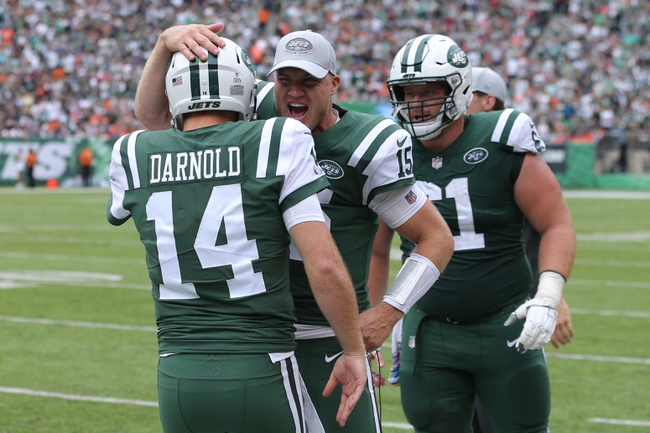 The New York Jets have a chance to win back-to-back games for the first time since October of last year. The New York Jets have split their last six home games. Sam Darnold is completing 55.7 percent of his passes for 1,066 yards, seven touchdowns and six interceptions. Darnold has three touchdown passes and three interceptions in his last three games. Quincy Enunwa and Robby Anderson have combined for 509 receiving yards and four touchdowns while Terrelle Pryor has nine receptions. The New York Jets ground game is averaging 135 yards per contest, and Isaiah Crowell leads the way with 390 yards and five touchdowns. Defensively, New York is allowing 21 points and 371.6 yards per game. Avery Williamson leads the New York Jets with 39 tackles, Leonard Williams has three sacks and Darron Lee has two interceptions.

The Indianapolis Colts simply aren't a good football team, as they've allowed 30-plus points in three of their five games and are ranked 29th in total rushing yards in the league. In other words, Luck has a ton of pressure to get these Colts in the end zone nearly every drive or they lose. To make matters worse, the Colts are probably the most banged up team in the league. The New York Jets just took it to a decent Denver Broncos team and the running game has really stepped up lately, taking pressure off of Darnold to make things happen. The Indianapolis Colts have failed to cover five of their last eight games when an underdog of at least two points. The Jets are a capable of team when they stick to the ground game and defense. I'm siding with the Jets at home and the reasonable chalk.