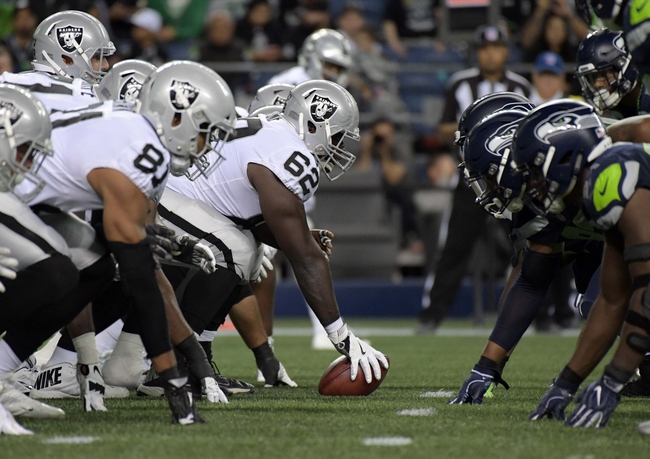 The Oakland Raiders are desperate for a victory in order to climb out of a brutal 1-4 hole. The Oakland Raiders have lost each of their last seven non-home games. Derek Carr is completing 71.3 percent of his passes for 1,641 yards, seven touchdowns and eight interceptions. Carr has one or less touchdown passes in 11 of his last 14 games. Jared Cook and Jordy Nelson have combined for 707 receiving yards and five touchdowns while Amari Cooper has 22 receptions. The Oakland Raiders ground game is averaging 95.2 yards per contest, and Marshawn Lynch leads the way with 331 yards and three touchdowns. Defensively, Oakland is allowing 27 points and 374.3 yards per game. Tahir Whitehead leads the Oakland Raiders with 37 tackles, Bruce Irvin has three sacks and Rashaan Melvin has one interception.

It's never easy to predict these London games, as the trip across the pond impacts teams differently and usually results in some weird games. The Seattle Seahawks have kind of turned their season around with wins over the Dallas Cowboys and Arizona Cardinals, and they took the Los Angeles Rams, the team favored to win the Super Bowl, down to the wire. The Oakland Raiders haven't shown much progress from week to week and their only victory of the season came in overtime against the subpar Cleveland Browns. The Oakland Raiders are just 3-9-1 ATS in their last 13 games when an underdog of at least three points. I'm sure Marshawn Lynch will be motivated to stick it to his old team, but that's not enough for me to back the Raiders. The Raiders offense has issues finishing drives and lacks any sort of pass rush to impact the Seahawks questionable offensive line. The Seahawks are the better team and should be able to cover this small number.