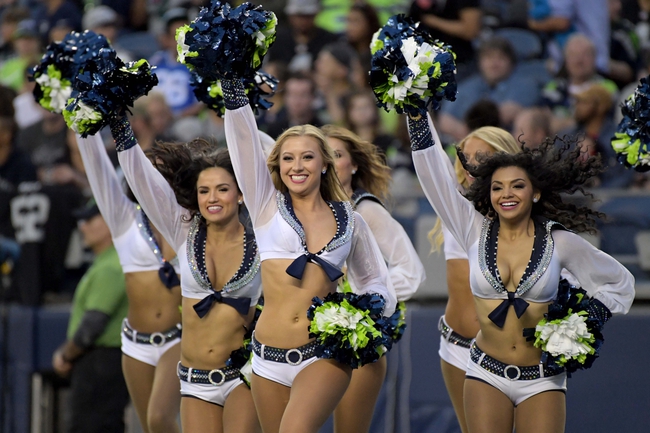 The Seattle Seahawks and the Oakland Raiders will fly to jolly England for their Sunday NFL matchup at Wembley Stadium.

Seattle comes into this one at 2-3 on the season. The Seahawks took out the Cowboys and Cardinals during a stretch of two games, but otherwise have fallen to the Broncos, Bears and Rams.

In that LA game, Seahawks QB Russell Wilson put up 198 yards with three scores, and Chris Carson led the rush with 116 yards from 19 carries. Tyler Lockett was the top Seahawks receiver on three catches for 98 yards and a TD.

Over on the Raiders’ side, they’re coming in here at 1-4 on the year. Oakland’s one win came in an epic (and controversial) shootout against the Browns 45-42, but otherwise they’ve lost to the Rams, Broncos, Dolphins and Chargers.

In the Chargers game, Oakland QB Derek Carr put up 268 yards, one TD and one pick, while Marshawn Lynch led the rush on 31 yards off nine carries. Martavis Bryant managed 91 yards on three grabs to lead the Raiders receivers.

Seattle isn’t quite the intimidating presence they were a few years back, but the good news for them this season is that they’ve been competitive and close in each one of their losses—none came by more than seven points.

As for the Raiders, they’ve certainly got some issues, and are nowhere near being consistent week in and week out. Oakland needs an offensive kick in the pants, as they’ve scored more than 20 points in just one of their five games.

I can’t think of a lot of reasons to pick against the Seahawks here.