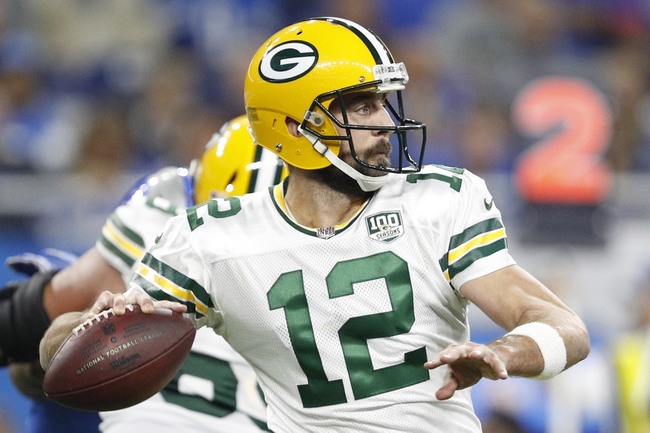 The San Francisco 49ers laid an egg last week against the worst offensive team in the league in the Arizona Cardinals, but the good news is their four losses have come by an average of 7.75 points. The Green Bay Packers are a banged up football team, as the few weapons Rodgers has on the outside are dealing with injuries, and Rodgers said after last weeks game that his knee is actually more sore now than it was in past weeks. It's not a good sitation right now for the Packers. The San Francisco 49ers are 6-10-1 ATS in their last 17 games when an underdog of at least seven points. The Green Bay Packers are 4-6-1 ATS in their last 11 games when favored by at least seven points. If forced to pick a side, I'd go with the 49ers and the points based on how this team competes and the fact the Packers can't stay healthy. However, I'm going with the over for my pick. The over has hit in six of the 49ers last seven games and 21 of the Packers last 27 games. Ten of the Packers last 14 games have produced at least 46 points. Each of the 49ers last four games have produced at least 46 points. This is a low total. Give me the over.

The pick in this article is the opinion of the writer, not a Sports Chat Place site consensus.
Previous Pick
New York Jets vs. Indianapolis Colts - 10/14/18 NFL Pick, Odds, and Prediction
Next Pick
NFL Picks and Odds for Week 7 2018: Sports Pick Info Podcast First Look at Early Lines