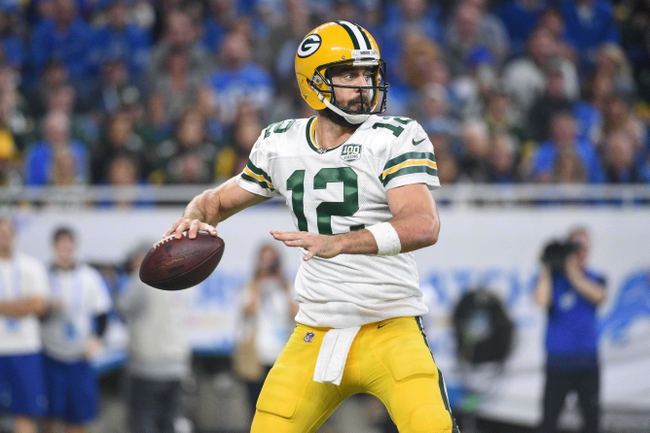 The Niners enter this game at 1-4 on the season. San Francisco’s lone victory came in Week 2 versus the Lions, but otherwise they’ve fallen to the Vikings, Chiefs, Chargers and Cardinals.

Over on the Packers’ side, they’re currently 2-2-1 this year. Green Bay put up a comeback win over the Bears in Week 1, then tied the Vikings before falling to the Redskins and shutting out the Bills. The most recent Packers game was a 31-23 loss to the Lions.

In that Detroit game, Green Bay QB Aaron Rodgers managed 442 yards with three TDs, and Aaron Jones logged 40 yards off seven carries. Tops in receiving was Davante Adams, with 140 yards and a score from nine catches.

The 49ers are something of a mess right now, and can’t seem to do much of anything with consistency. On the whole, San Fran is scoring quite a bit, but then again so is just about everyone in the league. The issue here is going to be with defense.

Defending the Packers might not be as difficult a concept as usual, with Rodgers banged up and speculation rampant about his injury. (Though he is still putting up great numbers.) I’m not saying the 49ers will win here, but getting in on that relatively thick line doesn’t seem like something that’s out of reach for them.

The pick in this article is the opinion of the writer, not a Sports Chat Place site consensus.
Previous Pick
New York Jets vs. Indianapolis Colts - 10/14/18 NFL Pick, Odds, and Prediction
Next Pick
NFL Picks and Odds for Week 7 2018: Sports Pick Info Podcast First Look at Early Lines