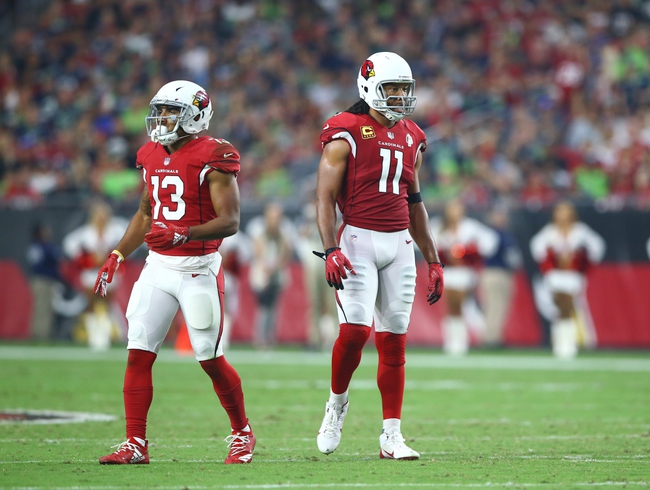 The Denver Broncos look for their first road victory of the season while snapping a brutal four-game losing streak. The Denver Broncos have lost nine of their last 10 road games. Case Keenum is completing 63.1 percent of his passes for 1,687 yards, seven touchdowns and eight interceptions. Keenum has thrown at least one interception in all six games this season. Emmanuel Sanders and Demaryius Thomas have combined for 831 receiving yards and five touchdowns while Courtland Sutton has 13 receptions. The Denver Broncos ground game is averaging 124.2 yards per contest, and Phillip Lindsay leads the way with 346 yards and one touchdown. Defensively, Denver is allowing 25.7 points and 403.8 yards per game. Todd Davis leads the Denver Broncos with 40 tackles, Von Miller has 5.5 sacks and Justin Simmons has one interception.

The Arizona Cardinals look for their first home victory of the season to rebound from a rough 1-5 record. The Arizona Cardinals have lost four of their last six home games. Josh Rosen is completing 55.6 percent of his passes for 626 yards, two touchdowns and two interceptions. Rosen enters this game with 90 career pass attempts under his belt. Christian Kirk and Larry Fitzgerald have combined for 526 receiving yards and one touchdown while Ricky Seals-Jones has 15 receptions. The Arizona Cardinals ground game is averaging 64 yards per contest, and David Johnson leads the way with 297 yards and five touchdowns. Defensively, Arizona is allowing 23.2 points and 394.3 yards per game. Budda Baker leads the Arizona Cardinals with 57 tackles, Chandler Jones has 5.5 sacks and Tre Boston has three interceptions.

The Denver Broncos are in a must-win sitation and have been outscord by 9.5 points during their four-game losing streak. The good news for the Broncos is that they haven't had the easiest schedule and those four losses came against teams with a combined SU record of 19-6. The Arizona Cardinals have scored 17 or less points in five of their first six games, but each of their last three losses have been decided by 10 or less points. The Denver Broncos are 1-6-1 ATS in their last eight games when a favorite of at least one point. The Arizona Cardinals are 6-3-1 ATS in their last 10 games when an underdog of at least one point. I like backing the home team on short rest and the home team is 5-1 SU in Thursday night games this season. However, I can't get behind the Cardinals and their lack of offensive production. Rosen hasn't improved much from game to game and defenses are crowding the box, making it tough to run the ball. Keenum has shown flashes of decent play and playing a lesser team for once should help as well. It's important to note the Broncos have played just one team with a losing record so far this season, so they may not be as bad as their record indicates. This is a game the Broncos should be able to win.

The pick in this article is the opinion of the writer, not a Sports Chat Place site consensus.
Previous Pick
NFL Picks and Odds for Week 7 2018: Sports Pick Info Podcast First Look at Early Lines
Next Pick
Baltimore Ravens vs. New Orleans Saints - 10/21/18 NFL Pick, Odds, and Prediction