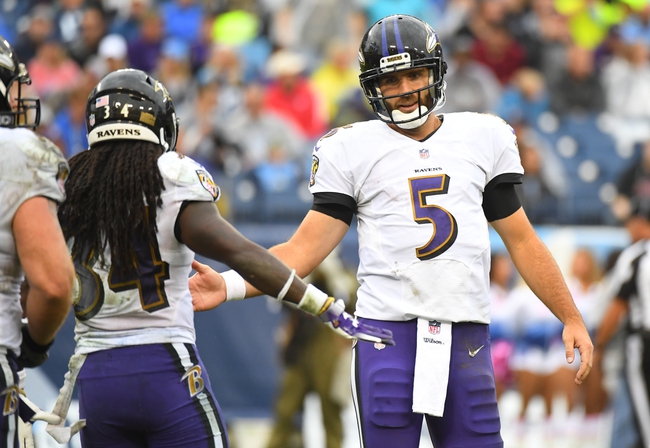 The New Orleans Saints have been an offensive machine as of late, have had an extra week to prepare and are outscoring teams by an average of 12 points during their four-game winning streak. The Baltimore Ravens haven't played a home game in a month, so they'll be thrilled for this contest, and they haven't allowed anymore than 14 points in five of their first six games. The New Orleans Saints have failed to cover four of their last six games when an underdog of at least two points. The Baltimore Ravens have covered seven of their last 11 games as a favorite of at least two points. It's tough to turn down free points with a rested Saints team and that offense that's clicking, but I have to side with the Ravens here. The Ravens are a physical bunch that's going to make the Saints uncomfortable and will hit Brees often in this contest. I'll eat the small chalk here with the better defense and more physical team at home.