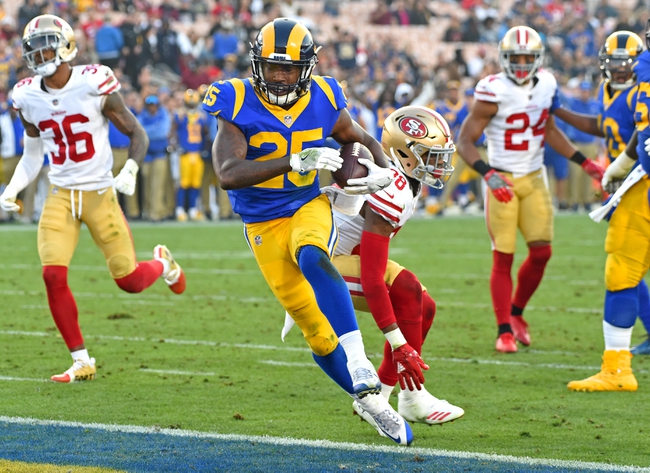 The Los Angeles Rams look to stay undefeated as they head into San Francisco to take on the Niners on Sunday.

The Rams take on their division rivals in San Francisco on Sunday and remain the league’s only unblemished team and stay hot on both sides of the football. Los Angeles has looked like the team to beat in the NFL so far this season as they are loaded on both sides of the ball led by Todd Gurley, Jared Goff, and Brandin Cooks on offense and Ndamukong Suh, Aaron Donald, and Aqib Talib on defense and while this is a divisional road game they are taking on a San Fran side that is forced into starting backup CJ Beathard the rest of the season. Los Angeles is a 9-point favourite at the moment but the line movement is likely to continue as wagers come in on Sunday and final rosters get set after the injury reports are finalized.

The Niners meanwhile have dealt with two huge blows to their offense this season as Jerick McKinnon sustained an injury in the preseason and quarterback Jimmy Garropolo suffered a knee injury and will be on the shelf until next season. San Francisco went from a trendy Super Bowl pick to a league doormat and their revitalization will be on hold for at least another year as this looks to be the Rams’ time to own the NFC West. San Francisco has covered in 5 straight against the Rams and with the line creeping up to double digits the Niners have a good shot at keeping this one close.