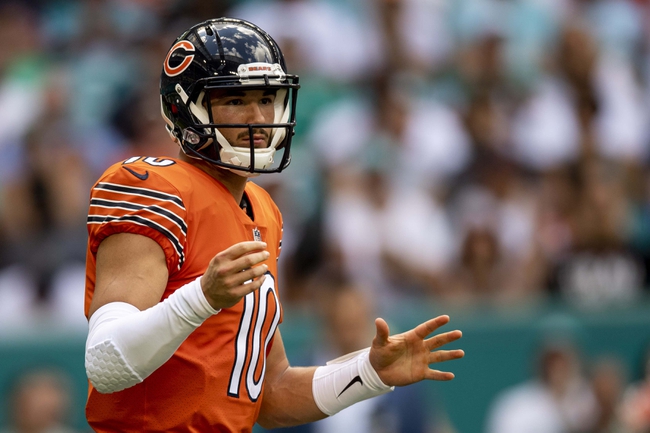 The Chicago Bears look to remain undefeated at home while keeping pace in the competitive NFC North. The Chicago Bears have won each of their last three home games. Mitchell Trubisky is completing 70.2 percent of his passes for 1,261 yards, 11 touchdowns and four interceptions. Trubisky has one or less touchdown passes in 10 of his last 13 games. Taylor Gabriel and Allen Robinson have combined for 584 receiving yards and four touchdowns while Tarik Cohen has 21 receptions. The Chicago Bears ground game is averaging 130 yards per contest, and Jordan Howard leads the way with 272 yards and one touchdown. Defensively, Chicago is allowing 19.2 points and 343.8 yards per game. Danny Trevathan leads the Chicago Bears with 32 tackles, Khalil Mack has five sacks and Eddie Jackson has two interceptions.

The New England Patriots still have their issues on defense and the offensive line, but they're as healthy as they've been at the skill positions and Tom Brady had been Tom Brady. The Chicago Bears are coming off a brutal loss to the Miami Dolphins and the defense didn't live up to the expectations most have put on them after the first month of the season. The New England Patriots have covered 13 of their last 19 games when favored by at least two points. The Chicago Bears are 7-2-1 ATS in their last 10 games when an underdog of at least two points. The Bears are the type of team that can give the Pats issues, as they're going to put pressure on Brady and possibly create turnovers. The issue is this line is quite small and if you take it, you're basically saying the Bears beat the Patriots. I can't take a Trubisky led offense over Tom Brady. I just can't. So, I'll be the square and eat the small chalk.