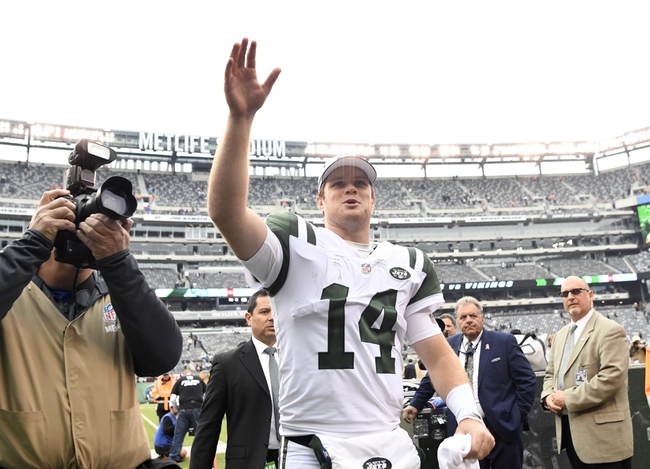 The New York Jets also look for a three-game winning streak to get a game above a .500 record. The New York Jets have split their last eight home games. Sam Darnold is completing 59.8 percent of his passes for 1,346 yards, nine touchdowns and seven interceptions. Darnold has two or more touchdown passes in three of his six career games. Quincy Enunwa and Robby Anderson have combined for 557 receiving yards and four touchdowns while Terrelle Pryor has 14 receptions. The New York Jets ground game is averaging 130.3 yards per contest, and Isaiah Crowell leads the way with 430 yards and five touchdowns. Defensively, New York is allowing 23.2 points and 381 yards per game. Avery Williamson leads the New York Jets with 44 tackles, Leonard Williams has three sacks and Darron Lee has three interceptions.

The Minnesota Vikings have put together back-to-back solid performances where the defense played to expectations and Cousins continues to play some of his most consistent football, as he's doing a better job of limiting turnovers. The New York Jets have produced 76 points in their last two games and are averaging a six-point victory in three home games this season. The Minnesota Vikings are 1-4-1 ATS in their last six games as a favorite of at least three points. The New York Jets have failed to cover four of their last six games when an underdog of at least three points. The Vikings are the better team here and have already played in some tough road venues already, so this won't be a big deal. However, the Jets have gotten a little comfortable in their last two home games and are actually looking like a decent team capable of surprising some folks. I don't want to drink the green Kool Aid just yet, but I like getting points with the Jets here at home. The Jets have a bit of pep in their step and are capable of upsetting the Vikings in this tricky spot.