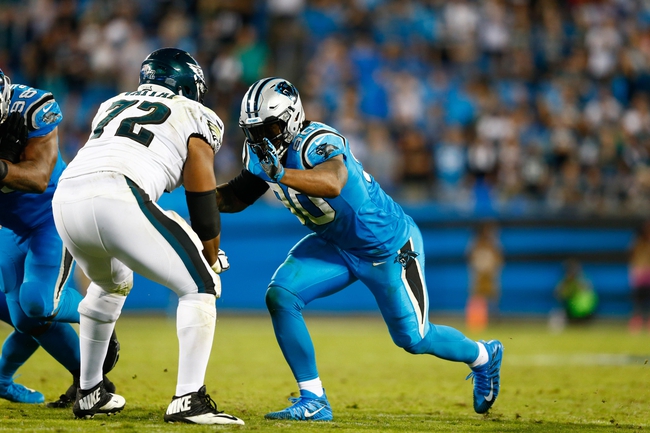 The Carolina Panthers and the Philadelphia Eagles will match up in Week 7 NFL action on Sunday from Lincoln Financial Field.

Carolina enters this one at 3-2 on the season. The Panthers have taken out the Cowboys, Bengals and Giants but lost to the Falcons and Redskins.

In last week’s Redskins game, Carolina QB Cam Newton put up 275 yards with two TDs and a pick, while also leading the team in rushing with 43 yards. Devin Funchess paced the Carolina receivers on 74 yards and a TD from five grabs.

Over on the Eagles’ side, they’re sitting at 3-3 this year. Philly took losses to the Buccaneers, Titans and Vikings, and otherwise have taken out the Falcons, Colts and Giants.

Like many NFL teams mired in mediocrity right now, the Panthers are kind of hit-and-miss every week. The good news is that they’ve hit at least 24 points in three of five games and haven’t been held to any less than 16 in a game. Defensively they’ve been a bit up and down, though.

As for the Eagles, they’ve limped out of the gate this season but when they’ve got things cooking (as they did in the Giants game) they look every bit like a Super Bowl champion.

I expect this to be a pretty fun and competitive game, but I have to go with the Eagles at home here.