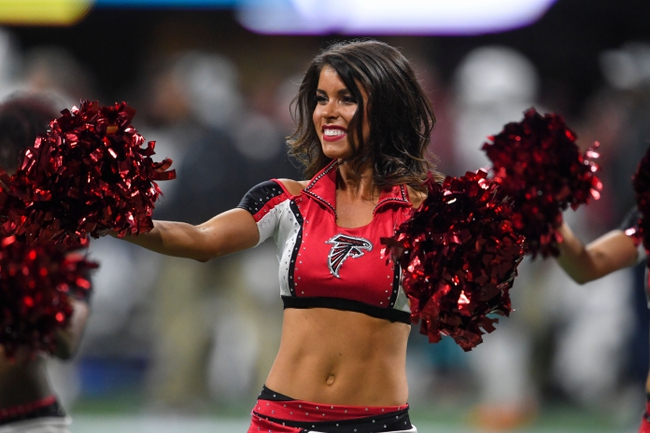 The New York Giants and the Atlanta Falcons will be matching up in NFL action on “Monday Night Football” from Mercedes-Benz Stadium this week.

The Giants stumble into this one at just 1-5 on the year. New York’s lone victory came in Week 3 versus the Texans, but otherwise they’ve dropped games to the Jaguars, Cowboys, Saints, Panthers and Eagles.

In that blowout loss to Philly, Giants QB Eli Manning put up 281 yards with one INT, while Saquon Barkley had a monster game, leading New York in rushing (13 carries; 130 yards; TD) and receiving (nine receptions; 99 yards).

Over on the Falcons’ side, they’re sitting at 2-4 right now. Atlanta has fallen to the Eagles, Saints, Bengals and Steelers, while their wins came against the Panthers and the Buccaneers.

Aside from the splendid play of the rookie Barkley, there’s not much for the Giants to lean on these days. New York has issues from top to bottom, and not just on offense; they’ve given up at least 33 points in three consecutive weeks.

As for the Falcons, they’ve been underachieving as well, and though the offense has had its struggles, the big outlier seems to be giving up points; as they’ve surrendered at least 37 in three of their last four and at least 29 in each of their last four.

Still, the Falcons have more than enough juice to get through this one, so I’m going Atlanta for the cover.