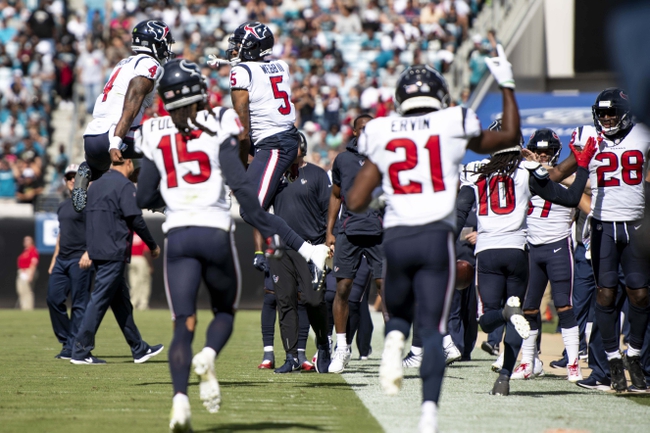 The Miami Dolphins look for their second road win of the season after losing three of their last four games overall. The Miami Dolphins have lost seven of their last eight road games. Brock Osweiler is completing 67.5 percent of his passes for 654 yards, six touchdowns and two interceptions. Osweiler and Ryan Tannehill have combined for 14 touchdown passes and seven interceptions this season. Albert Wilson and Danny Amendola have combined for 685 receiving yards and five touchdowns while Kenny Stills has 16 receptions. The Miami Dolphins ground game is averaging 106.9 yards per contest, and Frank Gore leads the way with 332 yards on 72 carries. Defensively, Miami is allowing 25.3 points and 405.3 yards per game. Kiko Alonso leads the Miami Dolphins with 66 tackles, Jerome Baker has two sacks and Xavien Howard has three interceptions.

The Houston Texans look to build on their four-game winning streak while creating separation in the AFC South. The Houston Texans have split their last six home games. Deshaun Watson is completing 63.1 percent of his passes for 1,937 yards, 10 touchdowns and seven interceptions. Watson has two or more touchdown passes in eight of his last 12 games. DeAndre Hopkins and Will Fuller V have combined for 1,086 receiving yards and seven touchdowns while Keke Coutee has 21 receptions. The Houston Texans ground game is averaging 113.7 yards per contest, and Lamar Miller leads the way with 371 yards and one touchdown. Defensively, Houston is allowing 20.6 points and 329.9 yards per game. Zach Cunningham leads the Houston Texans with 61 tackles, J.J. Watt has seven sacks and Kareem Jackson has two interceptions.

The Miami Dolphins are coming off one of the most bizarre losses last week, allowing over 200 rushing yards at home to a Lions team that can never run the football. The Houston Texans have completely turned their season around with four straight victories and are winning by a margin of 6.5 points during that streak. The Miami Dolphins have failed to cover six of their last 10 games when an underdog of at least seven points. The Houston Texans have failed to cover seven of their last eight games when a favorite of at least seven points. The Dolphins offense has played well enough to win the past few weeks and Osweiler will be motivated to stick it to his former team. However, the loss of Wilson hurts the wide receiving corps for Miami, and the Texans defense has allowed 20 or less points in four of their last six games. Since I'm not trying to lay a full touchdown on a quick turnaround, I'm going to side with the under. The under has been a popular trend for both teams this season, and I question how the Dolphins are going to put points up with so many injuries to their wide receivers.