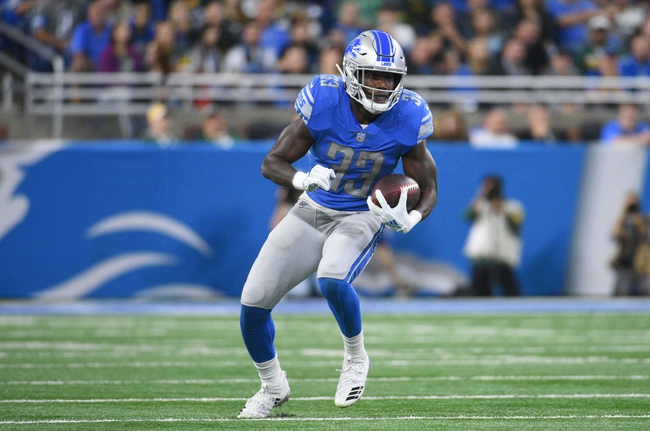 The Seattle Seahawks look to stay hot after winning three of their last four games to get a game above a .500 record. The Seattle Seahawks have won six of their last nine road games. Russell Wilson is completing 64.2 percent of his passes for 1,308 yards, 13 touchdowns and four interceptions. Wilson has three touchdown passes in three of his last six games. Tyler Lockett and Will Dissly have combined for 516 receiving yards and seven touchdowns while Brandon Marshall has 11 receptions. The Seattle Seahawks ground game is averaging 127.8 yards per contest, and Chris Carson leads the way with 352 yards and one touchdown. Defensively, Seattle is allowing 19.5 points and 326.7 yards per game. Bradley McDougald leads the Seattle Seahawks with 36 tackles, Frank Clark has 5.5 sacks and Shaquill Griffin has two interceptions.

The Detroit Lions look for a third straight victory to get a game above a .500 record. The Detroit Lions have won five of their last seven home games. Matthew Stafford is completing 67.6 percent of his passes for 1,602 yards, 12 touchdowns and five interceptions. Stafford has two or more touchdown passes in seven of his last nine games. Golden Tate and Kenny Golladay have combined for 932 receiving yards and six touchdowns while Marvin Jones Jr. has 19 receptions. The Detroit Lions ground game is averaging 122.3 yards per contest, and Kerryon Johnson leads the way with 444 yards and one touchdown. Defensively, Detroit is allowing 26.3 points and 360.2 yards per game. Jarrad Davis leads the Detroit Lions with 42 tackles, Devon Kennard has five sacks and Quandre Diggs has one interception.

The Seattle Seahawks have had an extra week to prepare for this game and are starting to look like the Seahawks of old, as they've allowed 17 or less points in three of their last four games and Wilson is becoming more of a difference maker. The Detroit Lions were actually able to run the ball last week, Stafford seem to be more comfortable in the offense and the three Lions wins have come by an average of 11.6 points. The Seattle Seahawks are 4-2-1 ATS in their last seven games as an underdog of at least two points. The Detroit Lions are 5-2-1 ATS in their last eight games when a favorite of at least two points. Getting the Seahawks as a dog given how consistent they've been on the road over the years is tempting. However, the Lions seem to have something going right now and will be dangerous if they can find more rushing success. I'll take the Lions in this game based on what we've seen the last two weeks.