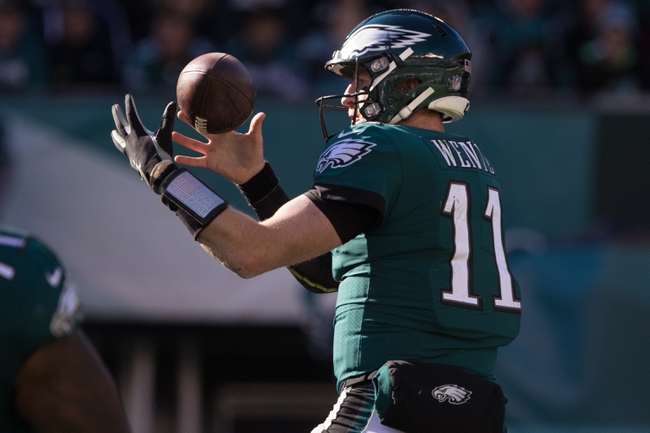 The Philadelphia Eagles and the Jacksonville Jaguars will cross the pond to Wembley Stadium on Sunday for Week 8 NFL activity.

The Eagles are sitting at 3-4 right now. Philly has taken out the Falcons, Colts and Giants this year while falling to the Bucs, Titans, Vikings and Panthers.

Over on the Jags’ side, they’re 3-4 this year as well. Jacksonville’s wins have come against the Giants, Patriots and Jets, while they’ve dropped to the Titans, Chiefs, Cowboys and Texans.

In the Houston game, Jags QB Cody Kessler put up 156 yards with a TD and a pick, with Blake Bortles (pre-benching) leading the rush on 30 yards. Donte Moncrief was the top Jacksonville receiver on 76 yards and seven receptions.

Both these teams are in dire need of a victory here, as each has hit the skids in recent weeks.

Philly is coming off an embarrassing loss to Carolina, during which they blew a 17-0 lead in the fourth quarter by coughing up three touchdowns. The Eagles have lost three of their last four.

As for Jacksonville, they’ve scored 28 points over their last three games, while giving up a whopping 90 on the other side. The Jags have lost four of five and look like garbage since that Pats victory.