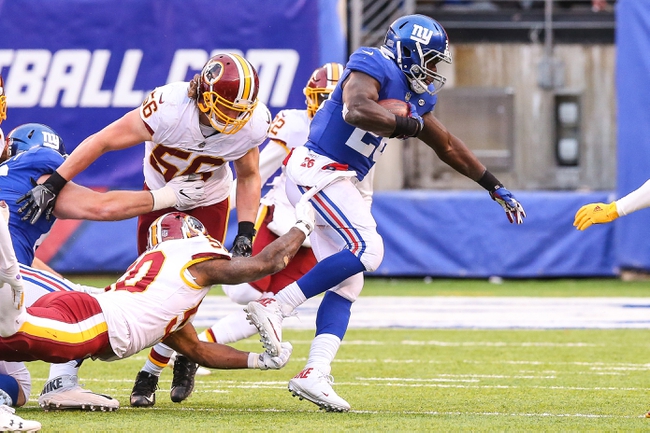 The New York Giants need a to snap a four-game losing streak here in order to have any shot of saving their season. The New York Giants have lost all three home games this season. Eli Manning is completing 69 percent of his passes for 2,061 yards, seven touchdowns and four interceptions. Manning has one or less touchdown passes in 10 of his last 13 games. Odell Beckham Jr. and Sterling Shepard have combined for 1,157 receiving yards and four touchdowns while Saquon Barkley has 49 receptions. The New York Giants ground game is averaging 83.7 yards per contest, and Barkley leads the way with 481 yards and five touchdowns. Defensively, New York is allowing 26.4 points and 367.3 yards per game. Landon Collins leads the New York Giants with 57 tackles, B.J. Hill has two sacks and Janoris Jenkins has two interceptions.

The New York Giants have won seven of the last 10 meetings against the Washington Redskins, and the home team has won five of the last seven meetings, so this is a game that probably favors the Giants from a history standpoint. The problem is the Giants continue to find ways to lose and the offensive line still stinks. Sure, the Giants put up a fight for once last Monday, but that was against the worst defense in the league in the Atlanta Falcons, and they still struggled, and still lost. The Washington Redskins have played only two road games so far this season, but they've allowed 17 or less points in four of their six games and the offense has just five turnovers, which is second best in the league. The Redskins don't beat themselves, while the Giants make things tough on themselves every week and then voice their frustration to the media. I want no part of the Giants. Give me the Redskins in this toss-up contest.