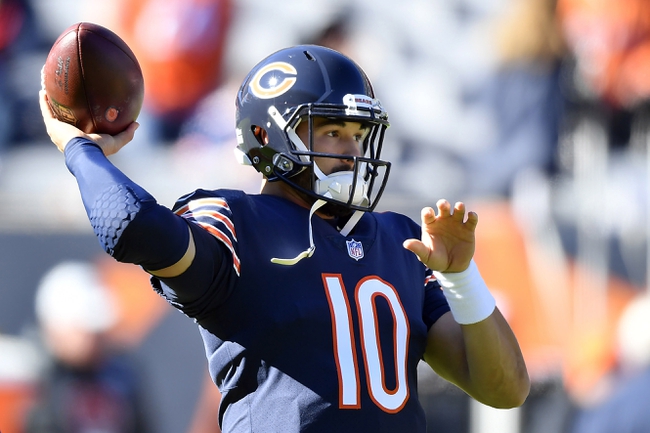 The New York Jets look for their second road victory of the season to get back to a .500 record. The New York Jets have lost seven of their last eight road games. Sam Darnold is completing 56.1 percent of his passes for 1,552 yards, 10 touchdowns and 10 interceptions. Darnold has two or more touchdown passes in three of his seven career games. Robby Anderson and Quincy Enunwa have combined for 601 receiving yards and four touchdowns while Jermaine Kearse has 16 receptions. The New York Jets ground game is averaging 121.9 yards per contest, and Isaiah Crowell leads the way with 459 yards and five touchdowns. Defensively, New York is allowing 25.1 points and 371.7 yards per game. Jamal Adams leads the New York Jets with 50 tackles, Leonard Williams has three sacks and Darron Lee has three interceptions.

The Chicago Bears haven’t won a game in a month and hope to get a game above a .500 record. The Chicago Bears have won three of their last four home games. Mitchell Trubisky is completing 65.9 percent of his passes for 1,594 yards, 13 touchdowns and six interceptions. Trubisky has one or less touchdown passes in 10 of his last 14 games. Taylor Gabriel and Tarik Cohen have combined for 657 receiving yards and four touchdowns while Trey Burton has 24 receptions. The Chicago Bears ground game is averaging 130.7 yards per contest, and Jordan Howard leads the way with 311 yards and two touchdowns. Defensively, Chicago is allowing 22.3 points and 350 yards per game. Danny Trevathan leads the Chicago Bears with 42 tackles, Khalil Mack has five sacks and Kyle Fuller has three interceptions.

The New York Jets are coming off a 20-point blowout loss and have given up 31 or more points in three of their last four games. The Chicago Bears are averaging 35.6 points in their last three games and the defense has slipped a bit ever since being crowned as the best defense in the league. The New York Jets have failed to cover seven of their last 11 games being an underdog of at least seven points. The Chicago Bears have failed to cover six of their last nine games as a favorite of at least seven points. I'm not laying this much chalk with a team led by Trubisky and his inconsistency. Instead, I'll bite on the over based on these teams playing in a lot of high scoring games recently. The over has hit in each of the last four games for the Jets and the Bears defense has struggled the last two weeks, which includes a slow pass rush.