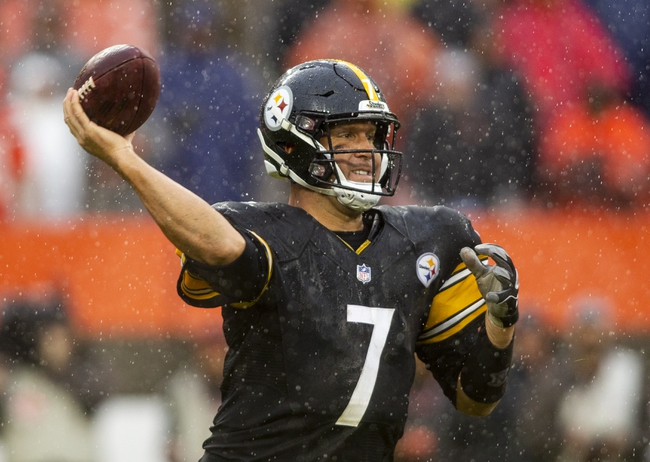 The Cleveland Browns and the Pittsburgh Steelers meet in a week 8 AFC North division matchup from Heinz Field in NFL action on Sunday afternoon.

The Cleveland Browns will look to bounce back from back-to-back losses, including a 26-23 overtime loss to Tampa Bay in their last outing. Baker Mayfield has thrown for 1,291 yards, 6 touchdowns and 5 interceptions on 57.8% passing while Nick Chubb is Cleveland’s top rusher with 253 yards and 3 touchdowns after Carlos Hyde was traded at the end of the week. Jarvis Landry leads the Browns with 41 catches for 489 yards while David Njoku has 31 receptions this season. Defensively, Myles Garrett leads the Browns with 7 sacks and Denzel Ward has 3 interceptions while Damarious Randall leads the Browns with 41 tackles this season. As a team, Cleveland is averaging 357.4 yards of total offense and 21.6 points per game this season.

The Pittsburgh Steelers come into this game rested after their bye week, siting on back-to-back wins following a 28-21 victory over Cincinnati in their last outing. Ben Roethlisberger has thrown for 2,033 yards, 12 touchdowns and 6 interceptions on 65.1% passing while James Conner has rushed for 453 yards and 7 touchdowns this season. JuJu Smith-Schuster leads Pittsburgh with 42 catches for 561 yards while Antonio Brown has 40 grabs for 478 yards and 6 TDs this season. Defensively, T.J. Watt leads Pittsburgh with 6 sacks while Jon Bostic leads the Steelers with 24 tackles this season. As a team, Pittsburgh sits top-5 in the NFL in total yardage (417.7 YPG/5th in NFL), passing yards (329 YPG, 2nd in NFL) and points scored (28.5 PPG/5th in NFL) this season.

The Browns haven’t been overly lucky in the win-loss column, but they’ve been an exciting team to watch, going 5-2 ATS this season. Now we all know that Ben Roethlisberger has owned the Browns in his career, going a career 22-2-1 SU against Cleveland. However, the Browns have covered 3 of the last 4 meetings with a push sandwiched in there, and all but one of their games this season has been decided by more than four points. I think Cleveland does enough to keep this one respectable and could push another game down to the wire, so I’ll take a shot with Cleveland and the points here.