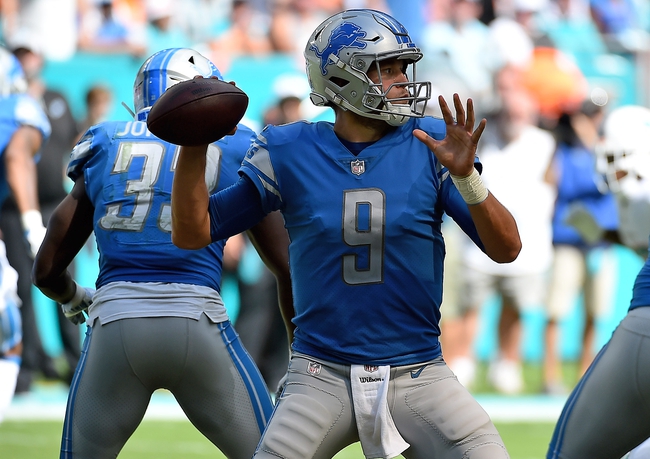 The Seattle Seahawks will visit the Detroit Lions at Ford Field on Sunday in NFL activity.

Seattle currently sits at 3-3 on the year. The Seahawks’ losses have come against the Bears, Broncos and Rams, while they’ve taken out the Cardinals, Cowboys and Raiders.

In the Raiders game, Seattle QB Russell Wilson put up 222 yards with three TDs and a pick, while Chris Carson managed 59 yards on 14 carries. Leading the Seahawks receivers was Doug Baldwin with his 91 yards from six grabs.

Over on the Lions’ side, they’re currently 3-3 as well. Detroit has fallen to the Jets, 49ers and Cowboys but beaten the Patriots, Packers and Dolphins.

In the Miami matchup, Detroit QB Matthew Stafford logged 217 yards and two TDs, and Kerryon Johnson went off for 158 yards on 19 carries. Michael Roberts led the receivers for Detroit with 48 yards and two TDs from three catches.

Seattle stumbled out of the gate with a pair of losses, but since has won three of their last four games. The lone loss came against the Rams—but it was only by two points and everyone loses to the Rams this year. Still, the rest of the competition in that group (Cowboys, Cardinals, Raiders) hasn’t exactly been elite.

Detroit stunk it up coming into the year as well, but they’re starting to look like an actual football team lately. The Lions have taken out some solid teams (Patriots, Packers, Dolphins) in their last four.

This should be a pretty fun matchup, but all in all I think the Lions have the advantage here.