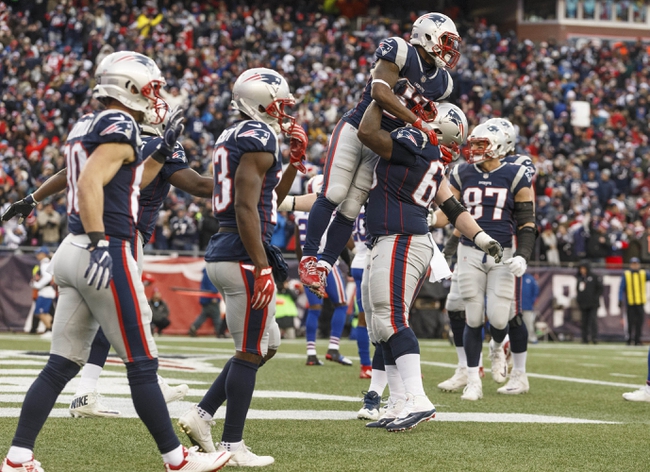 The New England Patriots will be looking to add to their current 4 game winning streak after taking down Chicago in their last outing by a final score of 38-31. Tom Brady has thrown for 1,876 yards, 16 touchdowns and 7 interceptions on 68% passing while Sony Michel has rushed for 422 yards and 4 touchdowns this season. Rob Gronkowski leads the Pats with 405 receiving yards while James White has 45 catches for 380 yards and 6 TDs this season. Defensively, Deatrich Wise Jr. leads the Pats with 3.5 sacks while Devin McCourty leads New England with 30 tackles this season. As a team, New England is averaging 381.1 yards of total offense and 30.6 points per game this season.

The Buffalo Bills will look to bounce back after back-to-back defeats following a 37-5 loss to Indianapolis in their last outing. Josh Allen leads the Bills with 832 passing yards, 2 touchdowns and 5 interceptions on 54% passing, but is still expected to miss a couple of weeks with an injury. LeSean McCoy leads the Bills with 244 rushing yards while Zay Jones leads Buffalo in receiving with 19 catches for 226 yards this season. Defensively, Jerry Hughes leads the Bills with 4.5 sacks while Tremaine Edmunds leads Buffalo with 39 tackles. As a team, Buffalo is averaging 234 yards of total offense and 11.6 points per game this season.

The Bills are quite possibly the worst team in the NFL, despite their 2-5 record. Buffalo is banged up, and even with a healthy team, they can’t score, putting up 13 points or less in 5 of their 7 games this season. New England can light up the scoreboard at will and have won each of the last 3 meetings between the two by an average of 19 points per game. Oh yeah, and Tom Brady is 28-3 SU in his career against Buffalo. Expect that mark to be 29-3 after this one as I see New England winning in a rout.