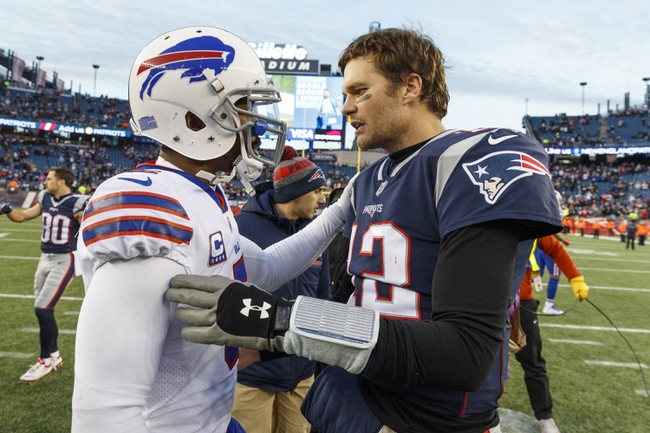 The Buffalo Bills look for a major upset victory to rebound from a 2-5 record and possibly save their season. The Buffalo Bills have split their only two home games this season. Josh Allen is completing 54 percent of his passes for 832 yards, two touchdowns and five interceptions. Allen and Derek Anderson have combined for two touchdown passes and eight interceptions this season. Zay Jones and Kelvin Benjamin have combined for 443 receiving yards and two touchdowns while Charles Clay has 16 receptions. The Buffalo Bills ground game is averaging 104.6 yards per contest, and LeSean McCoy leads the way with 244 yards on 63 carries. Defensively, Buffalo is allowing 25 points and 320.9 yards per game. Tremaine Edmunds leads the Buffalo Bills with 54 tackles, Jerry Hughes has 4.5 sacks and Jordan Poyer has two interceptions.

The New England Patriots are slowly starting to find their groove during this winning streak, but it's important to note that three of their five wins have come by single digits. The Buffalo Bills have scored no more than 13 points in each of their last four games and that's not going to change much until they find a quarterback who is worth a damn. The New England Patriots have covered 10 of their last 12 games when a double-digit favorite. The Buffalo Bills have covered four of their last six games when a double-digit underdog, which includes being 2-0 ATS this year. I'm not laying big chalk with a road team on a Monday night given that the crowd comes out and players have extra energy. The Bills have also thrived this season as monster underdogs. I will side with the over, however, as the Patriots could get this number by themselves with the offense clicking the way it is. The Pats have scored 38 or more points in each game during this winning streak. Give me the over.