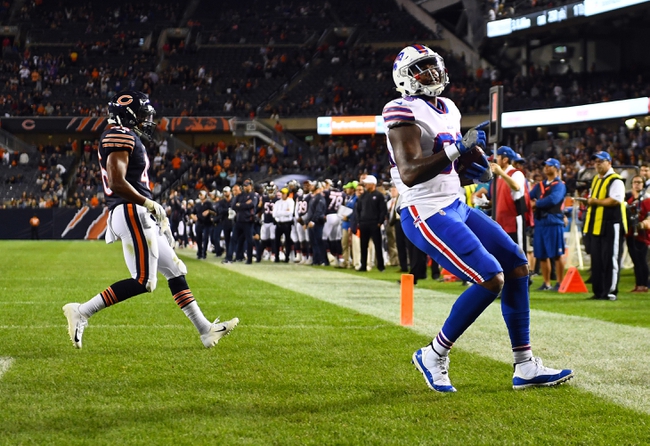 The Chicago Bears will visit the Buffalo Bills at Ralph Wilson Stadium on Sunday in cross-conference NFL activity.

Chicago comes into this game with a 4-3 record so far. The Bears’ losses have come against the Packers, Dolphins and Patriots, while they’ve taken out the Seahawks, Cardinals, Bucs and Jets.

In the New York game, Chicago QB Mitch Trubisky put up 220 yards and two scores, while Jordan Howard rushed for 81 and a TD. Tarik Cohen’s 70-yard TD catch gave him the lead amongst the Bears receivers.

Over on the Bills’ side, they’re 2-6 so far this year. Buffalo’s wins have come against the Vikings and Titans, while they’ve fallen to the Ravens, Chargers, Packers, Texans, Colts and Patriots.

In the Pats game, Buffalo QB Derek Anderson put up 290 yards and a pick, while Chris Ivory led the rush on 34 yards. LeSean McCoy was the top receiver with 82 yards off six grabs out of the backfield.

These teams met earlier this year, but since it was Week 4 of the preseason there is little to no relevance there. For what it’s worth, the Bills won 28-27.

Chicago got a nice lift from that victory over the Jets, even though it took a little while for the Bears to find their footing in that game. Chicago has some good things to build on, especially the solid play of their O-line.

I’m pretty confident about the Bears here, but it might be worth checking the weather reports leading up to the game to see what sort of play style we can expect. Regardless, I’m going to stick with Chicago.