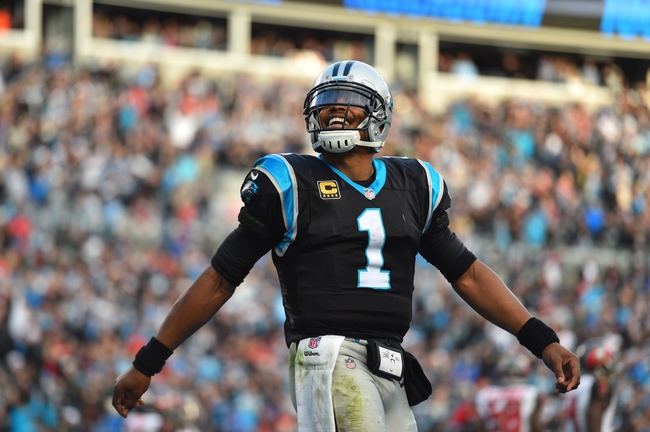 The Tampa Bay Buccaneers and the Carolina Panthers meet in week 9 NFL action from Bank of America Stadium on Sunday afternoon.

The Tampa Bay Buccaneers are in dire need of a win after losing 4 of their last 5 games following a 37-34 heartbreaking loss at the hands of Cincinnati in their last outing. Ryan Fitzpatrick has thrown for 1,550 yards, 13 touchdowns and 5 picks while Jameis Winston has tossed for 1,181 yards, 6 touchdowns and 10 interceptions. Peyton Barber has 345 rushing yards to leads Tampa Bay while Mike Evans is the Bucs’ top receiver with 46 grabs for 770 yards and 4 touchdowns. Defensively, Jason Pierre-Paul is tied for 2nd in the NFL with 8 sacks this season while Lavonte David leads the Buccaneers with 43 tackles this season. As a team, Tampa Bay is averaging the most total yardage and passing yardage in the league with 467.6 yards of total offense and 376.3 passing yards per game while also putting up 28.7 points per game this season.

The Carolina Panthers will be looking to build on back-to-back wins, including a 36-21 win over Baltimore in their last outing. Cam Newton has thrown for 1,646 yards, 13 touchdowns and 4 interceptions while rushing for 309 yards and 4 touchdowns. Christian McCaffrey has rushed for a team-high 423 yards while catching a team-high 44 passes for 300 yards. Devin Funchess leads the Panthers’ receiving corps with 401 receiving yards this season. Defensively, Mario Addison leads Carolina with 4.5 sacks while Luke Kuechly has a team-high 47 tackles this season. As a team, Carolina is averaging 366.6 yards of total offense, including the 2nd-most rushing yards per game in the league with 138.9 per game in addition to 25.4 points per game this season.

We cashed in on the Buccaneers as underdogs against Cincinnati last week, but that was a product of my disbelief in Cincinnati more than anything. Carolina just racked up 36 points on arguably one of the best defensive units in the NFL, and I shudder to think what will happen here against Tampa’s defense that is allowing the most points per game in the league this season. Tampa’s offense came alive with the Fitz-magic against Cincinnati, but I just don’t think they’ll be able to keep up here against Carolina so I’ll lay the touchdown with the Panthers here.