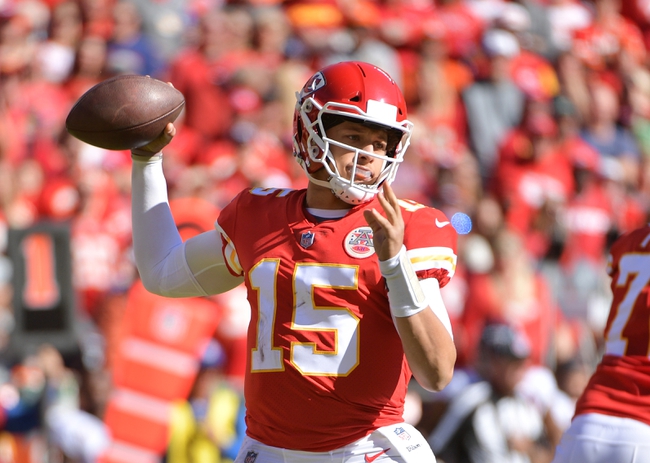 The Kansas City Chiefs and the Cleveland Browns will match up in NFL activity from FirstEnergy Stadium on Sunday.

The Chiefs enter this game at 7-1 overall this year. KC’s lone loss came to the Patriots (in a fantastic game), but otherwise they’ve beaten the Chargers, Steelers, 49ers, Broncos (twice), Jaguars and Bills.

Over on the Browns’ side, they’re 2-5-1 this season. Cleveland tied the Steelers in Week 1 and took out the Jets and Ravens this year. Aside from that, the Browns have fallen to the Saints, Raiders, Chargers, Bucs and Steelers.

In that Pittsburgh game last week, Browns QB Baker Mayfield put up 180 yards, two TDs and a pick, and Nick Chubb led the rush with 65 yards. Jarvis Landry was the lead receiver for Cleveland with 39 yards on eight catches.

Even with the one loss to the Pats—which easily could have been a W—the Chiefs are still the darlings of the AFC and a favorite to make the Super Bowl. Kansas City has scored at least 27 points in each game this year, and routinely finishes with totals in the 40s.

As for the Browns, they’re in a state of flux (again) with the coaching change, but all in all things are looking up and the team will likely get a couple more wins this season. Probably not here, though.

The line’s not too bad so I’m going KC.