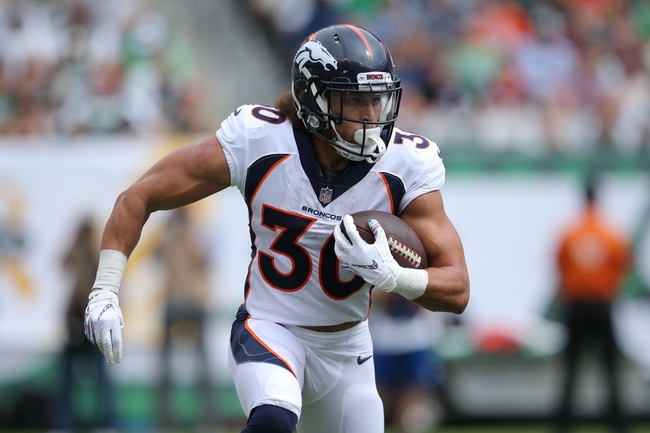 The Houston Texans look to build on their five-game winning streak while starting to pull away in the AFC South. The Houston Texans have lost nine of their last 11 road games. Deshaun Watson is completing 64.4 percent of his passes for 2,176 yards, 15 touchdowns and seven interceptions. Watson has two or more touchdown passes in nine of his last 13 games. DeAndre Hopkins and Will Fuller V have combined for 1,292 receiving yards and 10 touchdowns while Keke Coutee has 21 receptions. The Houston Texans ground game is averaging 123 yards per contest, and Lamar Miller leads the way with 504 yards and two touchdowns. Defensively, Houston is allowing 20.9 points and 334.9 yards per game. Zach Cunningham leads the Houston Texans with 63 tackles, J.J. Watt has eight sacks and Kareem Jackson has two interceptions.

The Denver Broncos need a statement home win here to save their season after losing five of their last six games. The Denver Broncos have lost six of their last nine home games. Case Keenum is completing 63.9 percent of his passes for 2,110 yards, 10 touchdowns and 10 interceptions. Keenum has thrown at least one interception in all eight games this season. Emmanuel Sanders and Demaryius Thomas have combined for 1,062 receiving yards and six touchdowns while Courtland Sutton has 17 receptions. The Denver Broncos ground game is averaging 125.1 yards per contest, and Phillip Lindsay leads the way with 531 yards and three touchdowns. Defensively, Denver is allowing 23.4 points and 378 yards per game. Todd Davis leads the Denver Broncos with 57 tackles, Von Miller has eight sacks and Justin Simmons has two interceptions.

The Houston Texans are one of the hotter teams in the league, as they turned their season around after three straight losses and are outscoring teams by 13 points in their last three wins. The Denver Broncos have won just once in their last six games, but three of their last four losses have been decided by seven or less points. The Houston Texans have failed to cover seven of their last 10 games when an underdog of at least two points. The Denver Broncos are 2-5-1 ATS in their last eight games when a favorite of at least two points. I'm honestly surprised that the Texans are underdogs here. Yes, the Broncos play hard, compete and winning in Denver is never easy. However, the Texans are the better football team and have had extra time to prepare after playing last Thursday. While the Broncos have a lengthy injury list, the Texans should be healthier defensively and Deshaun Watson had more time to rest his chest area. Give me the points in a game the Texans probably win outright.