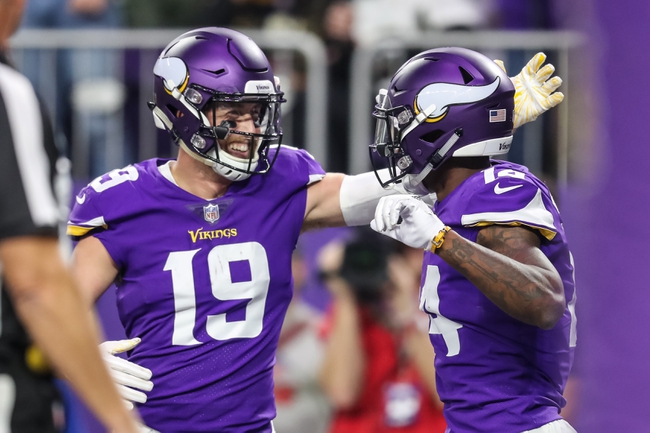 The Detroit Lions look for their second road win of the season to get back to a .500 record. The Detroit Lions have lost four of their last six road games. Matthew Stafford is completing 67.6 percent of his passes for 1,912 yards, 14 touchdowns and six interceptions. Stafford has two or more touchdown passes in eight of his last 10 games. Golden Tate and Kenny Golladay have combined for 994 receiving yards and six touchdowns while Marvin Jones Jr. has 26 receptions. The Detroit Lions ground game is averaging 109.7 yards per contest, and Kerryon Johnson leads the way with 466 yards and one touchdown. Defensively, Detroit is allowing 26.3 points and 360.2 yards per game. Jarrad Davis leads the Detroit Lions with 50 tackles, Devon Kennard has five sacks and Quandre Diggs has one interception.

The Detroit Lions are coming off a bizarre home loss to the Seattle Seahawks, as a red hot offense was held to their lowest point total (14) of the season. The Minnesota Vikings outplayed the New Orleans Saints on Sunday night, but they ended up losing by 10 points due to two key turnovers that changed the entire game. The Detroit Lions have failed to cover seven of their last 10 games as an underdog of at least three points. The Minnesota Vikings are 6-4-1 ATS in their last 11 games as a favorite of at least three points. Right when I'm ready to believe in the Detroit Lions, they throw up a stinker and make me question just how good this team truly is. Are these really the same old Lions? I'm high on the Vikings and still think they're capable of making a deep playoff run, they just need to stop triping over their own feet in key spots. With that said, I'm eating the chalk with the Vikings. I'm just not sure how to rate the Lions right now and I have questions if they're capable of rising to the occasion.