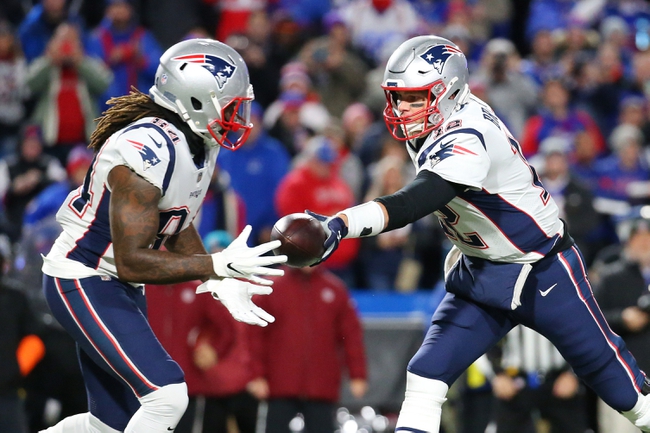 The Green Bay Packers will look to bounce back after narrowly falling to the Los Angeles Rams in their last outing by a final score of 29-27. Aaron Rodgers has thrown for 2,283 yards, 13 touchdowns and 1 interception while Aaron Jones leads Green Bay with 274 rushing yards this season. Davante Adams leads the Packers’ receiving corps with 52 grabs for 690 yards and 6 touchdowns this season. Defensively, Ha Ha Clinton-Dix has 3 interceptions while Blake Martinez and Kenny Clark are tied for the team lead with 4 sacks, with Martinez leading Green Bay with 41 tackles this season. As a team, Green Bay is averaging the 5th-most total yardage and passing yards per game with 412.1 yards of total offense and 308.1 passing yards per game to go along with 25 points per game this season.

The New England Patriots come into this game looking to build on their current 5 game winning streak after taking down Buffalo by a final score of 25-6 in week 8’s edition of Monday Night Football. Heading into Monday, Tom Brady has thrown for 1,876 yards, 16 touchdowns and 7 interceptions on 68% passing while Sony Michel leads the Pats in rushing with 422 yards and 4 touchdowns. Rob Gronkowski leads the Patriots with 405 receiving yards while James White has a team-high 45 catches for 380 yards and 6 touchdowns out of the backfield. Defensively, Deatrich Wise Jr. leads New England with 3.5 sacks while Jonathan Jones has. Pair of interceptions and Devin McCourty leads New England with 30 tackles this season. As a team, New England is averaging 381.1 yards of total offense while averaging the 4th-most points per game in the NFL with 30.6 points per game this season heading into Monday’s action.

This game has a Super Bowl type feel to it as you have arguably the two greatest quarterbacks of this generation going head-to-head. With that said, as a Patriots fan, I feel that this spread is simply too large for the caliber of quarterback play we have here. Sure, the Packers aren’t dominating the way they have been in recent years, but last week’s matchup against the Rams shows that Gree Bay is still up to the task when facing an elite opponent. New England is still a tough place to go on the road and win, but in this line of work, all we care about is a cover and while I think New England wins this game, I see it being by a field goal or 4 points, so I’ll take the points with Green Bay here.

The pick in this article is the opinion of the writer, not a Sports Chat Place site consensus.
Previous Pick
New Orleans Saints vs. Los Angeles Rams - 11/4/18 NFL Pick, Odds, and Prediction
Next Pick
NFL Picks and Odds for Week 9 2018: Sports Pick Info Podcast Mid-Week Show