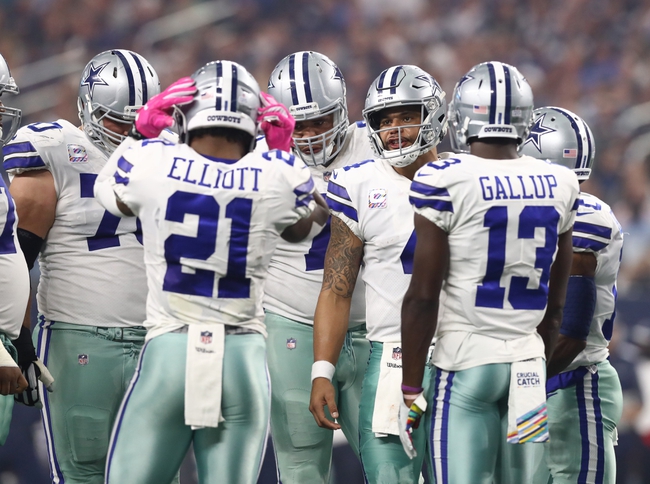 The Dallas Cowboys look to avoid back-to-back losses for the first time this season to get back to a .500 record. The Dallas Cowboys have split their last 10 home games. Dak Prescott is completing 62.1 percent of his passes for 1,417 yards, eight touchdowns and four interceptions. Prescott has one or less touchdown passes in eight of his last 10 games. Cole Beasley and Geoff Swaim have combined for 555 receiving yards and three touchdowns while Michael Gallup has 10 receptions. The Dallas Cowboys ground game is averaging 136.9 yards per contest, and Ezekiel Elliott leads the way with 619 yards and three touchdowns. Defensively, Dallas is allowing 17.6 points and 313.7 yards per game. Jaylon Smith leads the Dallas Cowboys with 57 tackles, DeMarcus Lawrence has 5.5 sacks and Xavier Woods has one interception.

The Tennessee Titans are being outscored by 7.6 points during their three-game losing streak and have been held to 20 or less points in six of their first seven games. The Dallas Cowboys should win this game based on their trend of lose one, win one, and their three victories this season are coming by an average of 14 points. The Tennessee Titans have covered six of their last eight games when an underdog of at least five points. The Dallas Cowboys have split their last eight games ATS when a favorite of at least five points. All three of the Cowboys wins this season have come at home and the addition of Amari Cooper should help open up this offense quite a bit. The Titans are one of those teams that have to put together consistent football for me to trust, and the poor offense has become too much of an issue. I don't trust the Cowboys coaching staff, so laying a thick line is iffy, but it certainly beats backing the Titans and an offense that can't move the football. Give me the Cowboys by a touchdown.