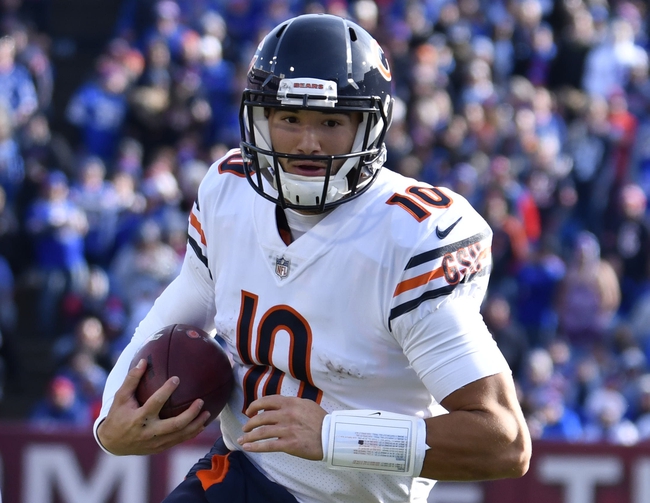 The Detroit Lions look for a spark of consistency after splitting their last six games. The Detroit Lions have lost three of their last four road games. Matthew Stafford is completing 67.8 percent of his passes for 2,111 yards, 14 touchdowns and six interceptions. Stafford has two or more touchdown passes in eight of his last 11 games. Kenny Golladay and Marvin Jones Jr. have combined for 976 receiving yards and eight touchdowns while Theo Riddick has 30 receptions. The Detroit Lions ground game is averaging 104.3 yards per contest, and Kerryon Johnson leads the way with 503 yards and one touchdown. Defensively, Detroit is allowing 26.3 points and 357.1 yards per game. Jarrad Davis leads the Detroit Lions with 51 tackles, Devon Kennard has five sacks and Darius Slay has two interceptions.

The Chicago Bears look for their third straight victory to remain in the thick of the NFC playoff race. The Chicago Bears have won three of their last four home games. Mitchell Trubisky is completing 64.2 percent of his passes for 1,949 yards, 16 touchdowns and seven interceptions. Trubisky has one or less touchdown passes in 11 of his last 16 games. Taylor Gabriel and Tarik Cohen have combined for 832 receiving yards and five touchdowns while Trey Burton has 29 receptions. The Chicago Bears ground game is averaging 128.4 yards per contest, and Jordan Howard leads the way with 439 yards and five touchdowns. Defensively, Chicago is allowing 19.1 points and 321.4 yards per game. Danny Trevathan leads the Chicago Bears with 61 tackles, Khalil Mack has five sacks and Kyle Fuller has four interceptions.

The Detroit Lions are averaging 11.5 points in their last two games and trading away Golden Tate doesn't exactly help matters. The Chicago Bears have allowed 17 or less points in five of their last seven games and are coming off their second 40-plus point performance of the season. The Detroit Lions have failed to cover eight of their last 11 games when an underdog of at least three points. The Chicago Bears have covered five of their last seven games when a favorite of at least three points. The Detroit Lions are having issues scoring, can't run the ball and traded away their best receiver. The Chicago Bears stop the run and give up nothing easy defensively. While I have questions about Trubisky and are always iffy on laying thick lines, I'm not sure how the Lions produce in this game. I'll take the Bears by a touchdown.