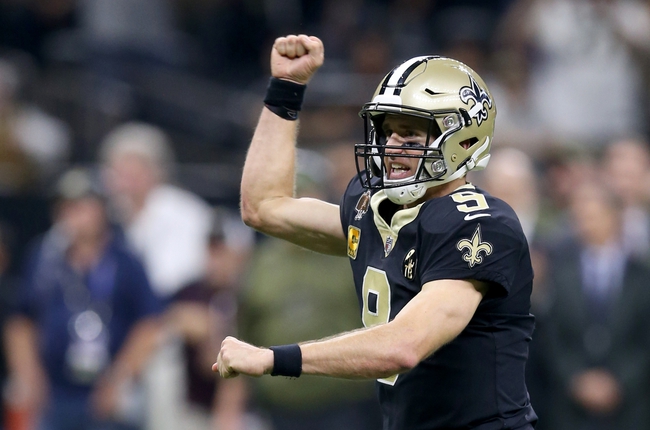 The New Orleans Saints and the Cincinnati Bengals will be matching up at Paul Brown Stadium in cross-conference NFL action on Sunday.

The Saints are sitting at 7-1 on the season. Aside from a loss to the Bucs early in the season, New Orleans has dispatched the Browns, Falcons, Giants, Redskins, Ravens, Vikings and the Rams.

In that last Rams game, New Orleans QB Drew Brees put up 346 yards and four scores, and Alvin Kamara led the rush with 82 yards and two TDs. Michael Thomas put up a monster game with 211 yards and a TD on 12 grabs to lead the Saints receivers.

Over on the Bengals side, they’re currently 5-3 this year. Cincinnati has fallen to the Panthers, Steelers and Chiefs this year but taken out the Colts, Ravens, Falcons, Dolphins and Bucs otherwise.

In the Tampa game, Cincinnati QB Andy Dalton put up 280 yards with two TDs, and Joe Mixon led the rush on 123 yards and two scores. Tyler Boyd was the top Bengals receiver with 138 yards and a TD on nine receptions.

With their big win over the Rams this past Sunday, New Orleans has cemented themselves as the team to beat in the NFC. The Saints seem to be able to score almost at will most games, as they routinely leave the 30-point mark in the rearview mirror.

As for the Bengals, they’ve shown some flashes of greatness this season but also some pretty ugly performances, especially against the stronger teams.

The line isn't too bad here so I’m going to take the Saints to keep it going.