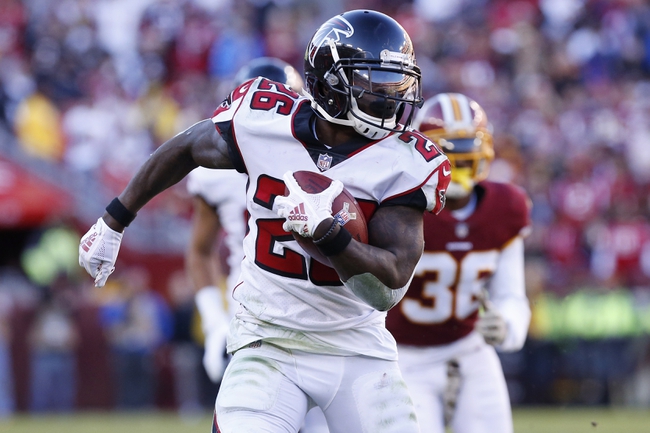 The Atlanta Falcons and the Cleveland Browns meet in week 10 NFL action from FirstEnergy Stadium on Sunday afternoon.

The Atlanta Falcons will look to build on their current 3 game winning streak after climbing back to .500 at 4-4 with a 38-14 win over Washington in their last outing. Matt Ryan has thrown for 2,685 yards, 19 touchdowns and 3 interceptions on 70.8% passing, while Tevin Coleman leads the Falcons with 398 rushing yards this season. Julio Jones leads ATL with 60 catches for 933 yards while Calvin Ridley has 33 grabs for 463 yards and a team-high 7 touchdowns this season. Defensively, Takkarist McKinley leads the Dirty Birds with 6 sacks while Brian Poole has a team-high 37 tackles this season. As a team, Atlanta is averaging the 5th-most total yards per game in the NFL with 412.2 yards of total offense to go along with the 2nd-most passing yardage with 320.1 yards per game through the air and 28.5 points per game this season.

The Cleveland Browns will be out to snap a 4 game losing streak after a 37-21 loss to Kansas City in their last outing. Baker Mayfield has thrown for 1,768 yards, 10 touchdowns and 7 interceptions on 60% passing this season, while Nick Chubb leads the Browns on the ground with 403 rushing yards and 4 touchdowns this season and Jarvis Landry leads Cleveland’s receiving corps with 55 grabs for 578 yards and 2 touchdowns. Defensively, Myles Garrett leads the Browns and is tied for 3rd in the NFL with 9 sacks this season while Denzel Ward has 3 interceptions and Damarious Randall leads Cleveland with 45 tackles this year. As a team, Cleveland is averaging 347.4 yards of total offense and 21.1 points per game this season.

Cleveland thought that firing Hue Jackson was the answer to their struggles, but the fact remains that Cleveland is struggling to find their footing right now and can’t hang with average or above average offensive units, allowing 26 points or more in 5 of their last 6 games. Atlanta is one of, if not the best, offensive unit that the Browns will have faced to this point and I’m a little surprised that the line is this low, even on the road, but I’m not going to ask any questions, I’ll just lay the points with Atlanta here.