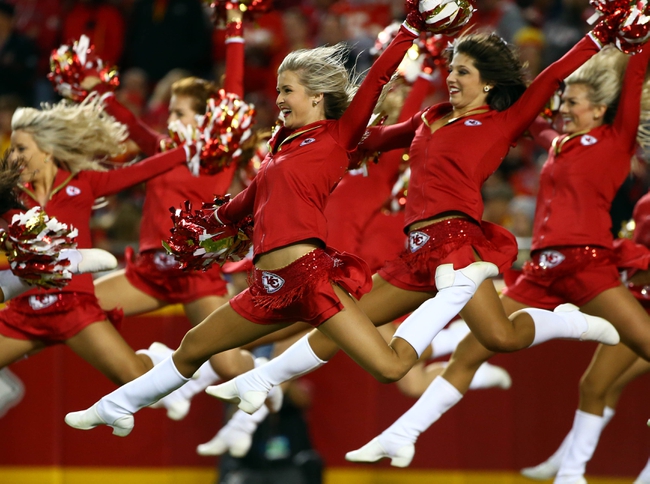 The Arizona Cardinals and the Kansas City Chiefs will be matching up in NFL action on Sunday at Arrowhead Stadium.

Arizona comes in here with a 2-6 record so far. The Cards have dropped to the Redskins, Rams, Bears, Seahawks, Vikings and Broncos, but have logged wins over the 49ers twice.

In that last 49ers game, Arizona QB Josh Rosen put up 252 yards with two TDs and a pick, and David Johnson led the rush on 59 yards. Larry Fitzgerald once again led the way for the Cards receivers with 102 yards and a TD from eight grabs.

Over on the Chiefs’ side, they’re currently 8-1 on the year. Aside from a three-point loss to the Pats in a thriller, Kansas City has put away the Chargers, Steelers, 49ers, Broncos, Jags, Bengals, Broncos again and the Browns.

In the Cleveland game, Kansas City QB Patrick Mahomes logged 375 yards and three scores, while Kareem Hunt had a 91-yard day on the ground with two TDs. Travis Kelce got in on the action with 99 yards and two scores from seven grabs to lead the Chiefs receivers.

Well, if Arizona could play the 49ers every week they’d be in great shape. Unfortunately, they’ve got 14 other games against different teams and will get back to another potential blowout here.

As for KC, they just continue to roll and are one of the most fun teams in the league to watch. The Chiefs easily dispatched a plucky Browns team in their last outing and are back on track with a three-game win streak. Kansas City could potentially look past this one toward their upcoming Monday showdown with the Rams, but I don't think that will happen. The line here is enormous but I’ll take KC.