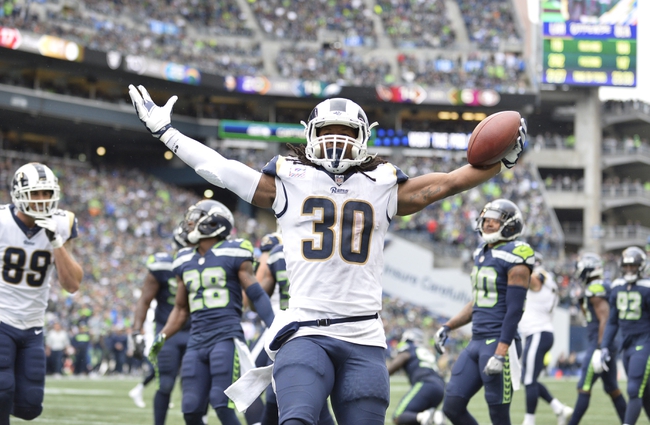 The Seattle Seahawks will look to get back above .500 after splitting their first 8 games after a 25-17 loss to the Chargers in their last outing. Russell Wilson has thrown for 1,791 yards, 18 touchdowns and 5 interceptions on 66.1% passing while Chris Carson leads the Seahawks in rushing with 497 yards. Tyler Lockett leads the Seattle receiving group with 28 grabs for 416 yards and 6 touchdowns while David Moore has 4 receiving TDs this season. Defensively, Frank Clark has 7.5 sacks to lead Seattle while Bradley McDougald has a pair of interceptions and leads the Seahawks with 37 tackles this year. As a team, Seattle is averaging 339.9 yards of total offense, including the 3rd-most rushing yards per game in the NFL with 137.1 YPG in addition to 23.5 points per game this season. The Seahawks are also tough to crack defensively, sitting top-10 in the NFL in total yardage against (333.2 YPG/7th in NFL), passing yardage against (218.5 YPG/6th) and scoring defense (19.5 PPG/6th) this season.

The Los Angeles Rams will be looking to rebound from their first loss of the season coming in the form of a 45-35 loss to New Orleans to drop to 8-1 this season. Jared Goff has thrown for 2,816 yards, 20 touchdowns and 6 interceptions while Todd Gurley has rushed for 868 yards and 12 touchdowns this season. Brandin Cooks leads the Rams with 757 receiving yards, and Robert Woods has 51 grabs for 743 yards with each having 3 receiving TDs, while Cooper Kupp has 35 catches for 527 yards and 6 touchdowns this season. Defensively, Aaron Donald sits 2nd in the NFL with 10 sacks while John Johnson III has 3 interceptions and Cory Littleton leads the Rams with 53 tackles this season. As a team, Los Angeles is in the top-5 in total yardage (447.1 YPG/1st in NFL), passing yards (302.8 YPG/5th), rushing yards (144.3 YPG/1st) and scoring (33.2 PPG/3rd) this season.

The first meeting came down to the wire with L.A. edging out a two point win, so you could argue a case for the points here. However, L.A. had been due with a loss for a while before finally falling to New Orleans and while that can sometimes carry over, I think it’ll have the opposite effect here. Seattle couldn’t muster up much offense against an average Chargers’ defensive unit, and I just don’t see Seattle going shot for shot against an L.A. team that is playing ticked off football after losing last week. I’ll lay the points with the Rams here.