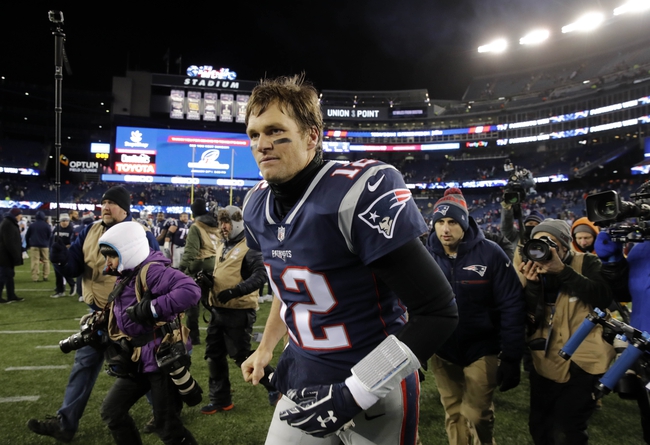 The New England Patriots and the Tennessee Titans meet in week 10 NFL action from Nissan Stadium on Sunday afternoon.

The New England Patriots will look to build on their 6 game winning streak after taking down Green Bay by a final score of 31-17 in their last outing. Tom Brady has thrown for 2,494 yards, 17 touchdowns and 7 interceptions on 67% passing while Sony Michel has rushed for a team-high 422 yards and 4 touchdowns this season. James White leads the Pats with 61 catches for 531 yards and 6 receiving touchdowns to go along with 4 rushing scores. Rob Gronkowski has added 29 catches for 448 yards and is hopeful to go in this one after missing last week’s game against Green Bay. Defensively, Deatrich Wise Jr. leads the Patriots with 3.5 sacks while Devin McCourty leads New England with 34 tackles this season. As a team, New England is averaging 387.6 yards of total offense and the 4th-most points per game in the league, putting up 30 points per game this season.

The Tennessee Titans will look to build some steam after snapping a 3 game losing streak with a 28-14 win over Dallas on Monday night football. Marcus Mariota has thrown for 1,270 yards, 5 touchdowns and 5 interceptions on 67% passing while Dion Lewis and Derrick Henry have combined to rush for 639 yards this season. Corey Davis leads the Titans’ receiving corps with 36 catches for 451 yards this season. Defensively, Jayon Brown leads Tennessee with 37 tackles and 4 sacks on the year. As a team, Tennessee is averaging 288.2 yards of total offense and 16.8 points per game this season. The Titans are also tough to crack defensively, allowing the fewest points per game in the NFL this season, allowing just 17.6 points per contest this year.

The Titans have been solid on defense, but New England is going to be the toughest offensive test they’ve faced to date, as the offense is rolling and has scored 31 or more points in 5 of their last 6 games. I just can’t trust Mariota and co. to go shot for shot with the GOAT in Tom Brady, especially on short rest after playing on Monday night. I’ll lay the touchdown with New England here as the Patriots continue to roll.