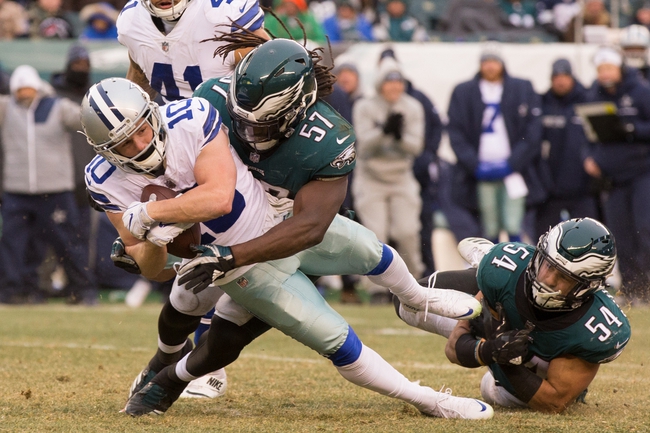 The Dallas Cowboys need a win here after losing three of their last four games to remain in the playoff hunt. The Dallas Cowboys have lost each of their four road games this season. Dak Prescott is completing 62.9 percent of his passes for 1,660 yards, 10 touchdowns and five interceptions. Prescott has one or less touchdown passes in eight of his last 11 games. Cole Beasley and Michael Gallup have combined for 607 receiving yards and three touchdowns while Ezekiel Elliott has 29 receptions. The Dallas Cowboys ground game is averaging 128.8 yards per contest, and Elliott leads the way with 680 yards and three touchdowns. Defensively, Dallas is allowing 18.9 points and 317 yards per game. Jaylon Smith leads the Dallas Cowboys with 66 tackles, DeMarcus Lawrence has 6.5 sacks and Xavier Woods has one interception.

The Dallas Cowboys are fresh off a brutal home loss to the Tennessee Titans, as they couldn't get stops defensively and the offense refuses to stretch the field and get out of these conservative play calls. The Philadelphia Eagles have had an extra week to prepare for this game, and they're allowing just 17.3 points in their last three games. The Dallas Cowboys have failed to cover five of their last six games when an underdog of at least five points. The Philadelphia Eagles have failed to cover their last four games when a favorite of at least five points. The Cowboys have won four of the last seven meetings against the Eagles, and the road team has won eight of the last 10 meetings. However, I'm done backing the Cowboys as a team and I'm done having any money on this coaching staff. The Cowboys have the weapons to be better than they are, but their entire coaching staff is clueless. The Philadelphia Eagles are rested, starting to come into their own offensively and are simply the better team. I'll eat the chalk, even it's a complete fade from the Cowboys.