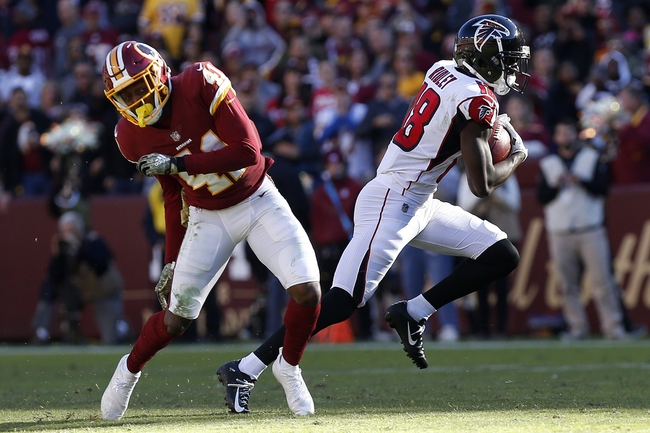 The Washington Redskins and the Tampa Bay Buccaneers meet in week 10 NFL action from Raymond James Stadium on Sunday afternoon.

The Washington Redskins will be looking to rebound after having their 3 game winning streak halted with a 38-14 loss to Atlanta in their last outing. Alex Smith has thrown for 1,867 yards, 9 touchdowns and 3 interceptions on 63.5% passing. Adrian Peterson has rushed for 604 yards and 4 touchdowns while Jordan Reed leads Washington’s receiving corps with 33 catches for 340 yards this season. Defensively, Matt Ioannidis leads the ‘Skins with 6.5 sacks and Ryan Kerrigan has 5.5 sacks while D.J. Swearinger Sr. has 4 interceptions and Mason Foster has 40 tackles this season. As a team, Washington is averaging 343.9 yards of total offense and 20 points per game this season.

The Tampa Bay Buccaneers are in dire need of a win after losing 5 of their last 6 games following a 42-28 defeat at the hands of Carolina in their last outing. Ryan Fitzpatrick has thrown for 1,793 yards, 17 touchdowns and 7 interceptions on 66.3% passing while Peyton Barber leads the Bucs with 376 rushing yards this season. Mike Evans leads the Buccaneers with 47 catches for 786 yards and 4 touchdowns while DeSean Jackson has 626 receiving yards and 4 TDs and O.J. Howard has 5 receiving grabs for the Bucs this year. Defensively, Jason Pierre-Paul leads Tampa Bay with 8 sacks while Lavonte David has a team-high 49 tackles this season. As a team, Tampa Bay is averaging the 2nd-most total offense in the NFL with 446.8 yards of total offense per game and the most passing yards with 356.6 passing yards per game to go along with 28.6 points per contest this season.

There’s no denying that statistically the Buccaneers are the better offensive team, but with lines like these, it’s no wonder the underdog has had so much success ATS in this matchup. Washington struggled to get anything going against Atlanta, but before that the Redskins had looked solid during their winning streak. Tampa Bay continues to have issues keeping points off of the board, and I don’t care how good your offense is, if you don’t play a lick of defense, the advantage on offense gets cancelled out. All in all, I think this is a game Washington can use to get their offense kickstarted, so I’ll take the free field goal with Washington here.