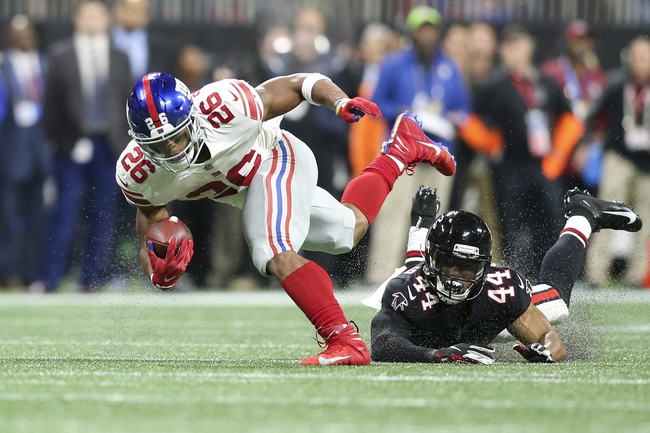 The New York Giants and San Francisco 49ers meet up in the Bay Area for Monday Night Football in Week 10 NFL action.

The New York Giants look for just their 2nd win of the season on Monday night as they head into Lev’s Stadium to face off with a 49ers side who has had a few extra days to prepare for this one after drubbing the Oakland Raiders last Thursday. The Giants have been one of the league’s biggest disappointments this season after many had them projected to return to the playoffs after drafting Saquon Barkley and getting Odell Beckham in full health. However, the G-Men are slugging along to the tune of a 1-7 record and are looking as if they will be in the running for another top end draft pick and will have to seriously consider the new franchise quarterback with that selection. Eli Manning has become Public Enemy Number 1 in New York with his well documented struggles this season and while his two Super Bowl victories will put him amongst the greatest Giants of all time he is certainly worn out his welcome.

The Niners meanwhile have had to deal with adversity week after week as they too have gone from a playoff contender in the preseason to a doormat – though in large part due to catastrophic injuries. They have lost their starting quarterback and running back and while they have been more competitive than expected they are likely to land a top draft picks as well as they are 2-7 heading into this weekend. San Francisco is 2-2 at home and received some early money which has bumped the line up to 3.5-points but that could change before we see kickoff on Monday night with injury concerns still looming for both sides. San Fran has been dominant on Monday night games against the number recently and will be a public choice throughout the weekend.