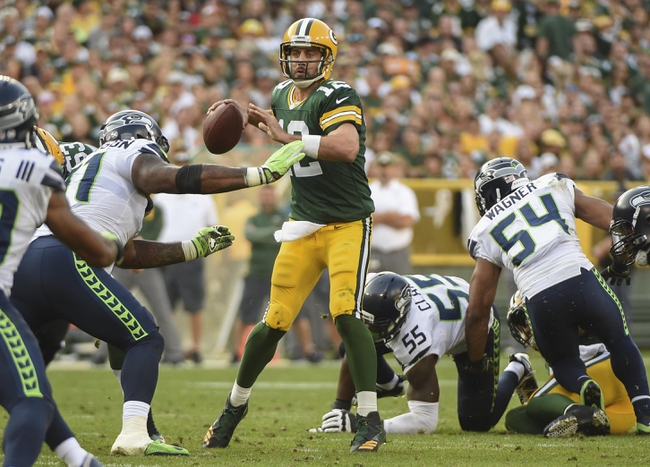 The Green Bay Packers and the Seattle Seahawks will kick off the NFL’s Week 11 action with a game from CenturyLink Field on Thursday.

Green Bay comes into this one at 4-4-1 on the year. The Pack tied Minnesota early in the season, and have fallen to the Redskins, Lions, Rams and Pats, but otherwise beaten the Bears, Bills, 49ers and Dolphins.

Over on the Seahawks’ side, they’re 4-5 this season. The Seattle wins have come against the Cowboys, Cardinals, Raiders and Lions, but they’ve lost to the Broncos, Bears, Rams (twice) and Chargers.

In that second Rams game, Seattle QB Russell Wilson threw for 176 yards and three scores, while Rashaad Penny logged 108 yards and a TD to lead the rush. Tops in receiving was Tyler Lockett with five grabs for 67 yards and a TD.

Green Bay is an odd animal this year. At times it seems Rodgers carries the team on his back, and at others it seems like they’ve got a complete roster. The Packers don’t have a lot of difficulty dispatching lesser or mediocre teams, but they’re certainly not in the elite class right now.

Seattle has shown some flashes this year but really hasn’t done too well against anyone of consequence—but they did play the Rams very, very tough. Still, this should figure to be a pretty fun game to watch. All in all, I think the Packers have the edge on the cover here.

The pick in this article is the opinion of the writer, not a Sports Chat Place site consensus.
Previous Pick
San Francisco 49ers vs. New York Giants - 11/12/18 NFL Pick, Odds, and Prediction
Next Pick
NFL Power Rankings for the Week Starting November 15, 2018 (Before Week 11)