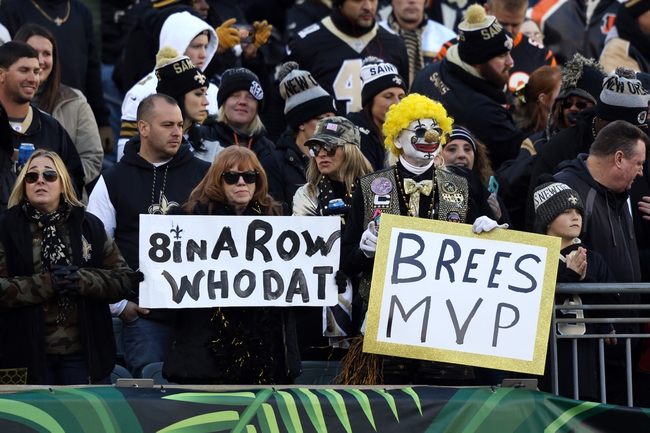 Here are the NFL power rankings as we enter week 11.

3. Pittsburgh Steelers - The Pittsburgh Steelers are back on track offensively and haven’t allowed anymore than 21 points during this five-game winning streak. The Steelers can also focus 100 percent on football with the Le'Veon Bell mess now over for the remainder of the season.

4. Los Angeles Rams - I’m not as high on the Los Angeles Rams as others, as they’ve struggled the past few weeks and could have two or three losses. A convincing win over the Chiefs would get me back on the LA bandwagon.

7. Minnesota Vikings - The Minnesota Vikings have a brutal schedule coming up, chances to prove themselves as a legit Super Bowl contender. As long as Kirk Cousins takes better care of the football, the Vikings should be OK.

8. Chicago Bears - The Chicago Bears defense continues to rise and Mitchell Trubisky is becoming more of a threat through the air all of a sudden. Making the playoffs for the first time since the 2010 season is a real possibility.

9. Carolina Panthers - The Carolina Panthers didn’t look good last week, but I’m not writing them off. Cam Newton is playing great football this season and the defense has shown up more than it hasn’t. The Panthers will be fine.

10. Tennessee Titans - Don’t look now, but the Tennessee Titans seem to be turning the corner and have a manageable schedule the rest of the way. The Titans may be that team you’re looking at right now in terms of long shot future bets.

12. Atlanta Falcons - The Atlanta Falcons still can’t run the ball and still have issues getting stops defensively. A meeting this week with the Dallas Cowboys is a must-win if the Falcons want a shot of returning to the playoffs.

13. Seattle Seahawks - The Seattle Seahawks lost twice to the Los Angeles Rams by a combined seven points and all five of their losses have been by one score. The Seahawks are a much better team than their record indicates.

15. Dallas Cowboys - The Dallas Cowboys are like a lot of teams in the league, inconsistent as all hell. Maybe if the Cowboys stopped trying to make Dak Prescott a pocket passes and did more RPO with him, the offense would thrive.

17. Houston Texans - The Houston Texans are riding a six-game winning streak and had an extra week to get Demaryius Thomas more comfortable in the offense. My original Super Bowl pick isn’t dead just yet, folks.

18. Green Bay Packers - The Green Bay Packers are still the average team they’ve been the last couple of years, but a healthy Aaron Rodgers gives them the ability to beat anybody. Trips to Seattle and Minnesota will either make or break the Packers season.

19. Cincinnati Bengals - The Cincinnati Bengals were waxed by the Kansas City Chiefs and the New Orleans Saints, while also almost losing to the Tampa Bay Buccaneers. Safe to say same old Bengals. How in the world does Marvin Lewis still have a job and the ability to hire/fire people?

20. Detroit Lions - The Detroit Lions threw in the towel when they traded Golden Tate, and five of their last seven games are against playoff contenders. This season won’t end well for the Lions.

22. Jacksonville Jaguars - Right when you think Blake Bortles can’t play any worse, he gives you this season. If the Jacksonville Jaguars had even an average quarterback, they’re Super Bowl contenders. Send the Jags Eli Manning or Ryan Tannehill, and this team shoots up the rankings.

23. Denver Broncos - The Denver Broncos have been in a lot of close losses this season but don’t have enough difference makers to help put them over the top. It may be time for the Broncos to start a minor rebuild with the AFC West being what it is currently.

24. Miami Dolphins - The bye week came at the right time for the Miami Dolphins, as this roster is being held together by Flex Seal and superglue. I’d still like to see Adam Gase give up play calling duties, as he’s not the offensive genius he was claimed to be.

26. Buffalo Bills - The Buffalo Bills have 22 turnovers on the season and have six different players who have at least one pass attempt. It’s fair to say the Bills have followed up their first postseason berth since the Titanic sunk with a dud.

27. Arizona Cardinals - The Arizona Cardinals have scored 18 or less points in eight of their nine games. This isn’t the 80s whee you can win playing smash mouth, low scoring games. Balls are flying through the air and points are being put up at record pace.

28. San Francisco 49ers - The San Francisco 49ers aren’t winning games, but they may have found something in Nick Mullens, who has shown flashes in his last couple of games. It will be interesting to see how this is handled once Jimmy Garoppolo returns.

29. New York Giants - Eli Manning looked solid in his last game and the New York Giants have a chance to win two straight games for the first time since December of 2016. Things looking up in New York.

30. New York Jets - The New York Jets somehow allowed 41 points to the Buffalo Bills and are averaging just 10.75 points in their last four games. As the Jets continue this rebuild, it may be time for Todd Bowles to go.

31. Cleveland Browns - It’s quite clear this won’t be the year the Cleveland Browns turn things around either, and Jarvis Landry hasn’t lived up to that contract despite 106 targets through 10 games. Maybe next year, Cleveland.

32. Oakland Raiders - The Oakland Raiders are a complete mess from top to bottom and are stuck with a joke of a head coach for the next nine years. This is a complete disaster with the Raiders moving to Las Vegas soon. This can’t be how the NFL envisioned this playing out.