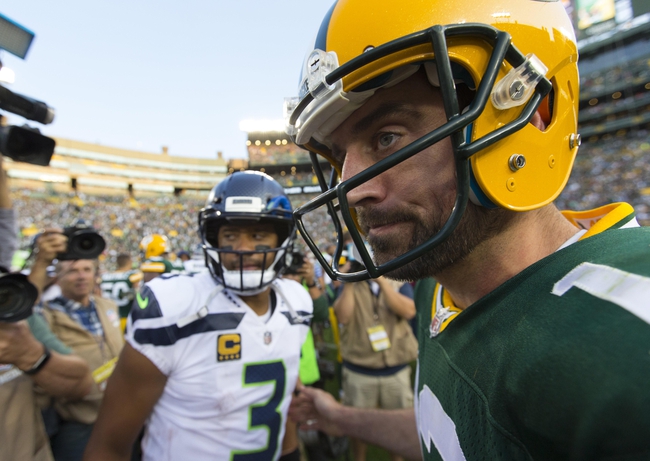 The Seattle Seahawks need a win here to get back to a .500 record and stay in the NFC playoff race. The Seattle Seahawks have lost two of their three true home games this season. Russell Wilson is completing 66 percent of his passes for 1,967 yards, 21 touchdowns and five interceptions. Wilson has three touchdown passes in four of his last five games. Tyler Lockett and Doug Baldwin have combined for 758 receiving yards and seven touchdowns while David Moore has 14 receptions. The Seattle Seahawks ground game is averaging 152.2 yards per contest, and Chris Carson leads the way with 497 yards and two touchdowns. Defensively, Seattle is allowing 21.3 points and 346.9 yards per game. Bobby Wagner leads the Seattle Seahawks with 65 tackles, Frank Clark has eight sacks and Shaquill Griffin has two interceptions.

The Green Bay Packers have a chance to win back-to-back games for the second time since October 15 of last year and are 0-4 SU on the road this season while being outscored by 9.5 points on average. The Seattle Seahawks have come up just short to the Los Angeles Rams now twice this season and are being outscored by 6.5 points during this two-game skid. The Green Bay Packers have failed to cover five of their last seven games as an underdog of at least two points. The Seattle Seahawks are 2-4-1 ATS in their last seven games when a favorite of at least two points. I like backing home teams in these Thursday night games, but we're getting free points with Aaron Rodgers, and that's not something I can turn down. I've said in previous write ups that Rodgers is like LeBron James, as he's the ultimate equalizer and can make up for weaknesses while willing his team to win in tough spots. In pretty much a do-or-die game for both teams in terms of the playoff race, I trust Rodgers to find a way on the road.

The pick in this article is the opinion of the writer, not a Sports Chat Place site consensus.
Previous Pick
San Francisco 49ers vs. New York Giants - 11/12/18 NFL Pick, Odds, and Prediction
Next Pick
NFL Power Rankings for the Week Starting November 15, 2018 (Before Week 11)