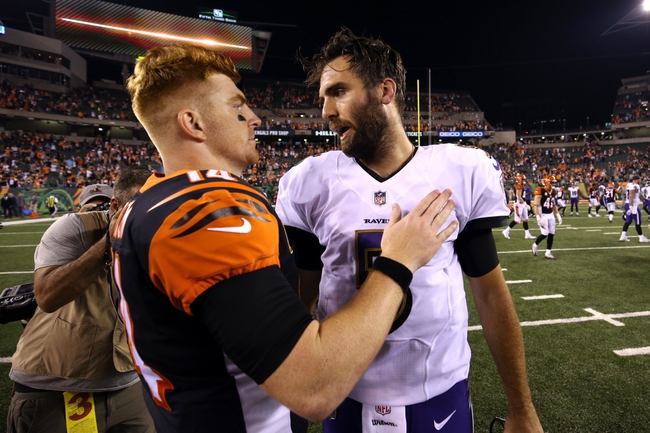 The Baltimore Ravens are coming off a bye week and need to snap a three-game losing streak if they’re going to stay in the AFC playoff race. The Baltimore Ravens have split their four home games this season. Joe Flacco is completing 61.2 percent of his passes for 2,465 yards, 12 touchdowns and six interceptions. Flacco has two or more touchdown passes in eight of his last 14 games. John Brown and Michael Crabtree have combined for 1,073 receiving yards and six touchdowns while Willie Snead IV has 45 receptions. The Baltimore Ravens ground game is averaging 92.7 yards per contest, and Alex Collins leads the way with 393 yards and six touchdowns. Defensively, Baltimore is allowing 17.8 points and 305 yards per game. C.J. Mosley leads the Baltimore Ravens with 59 tackles, Za'Darius Smith has 5.5 sacks and Brandon Carr has one interception.

I'm not laying chalk with a Baltimore Ravens team that's riding a three-game losing streak due to an offense that can't score. It also doesn't help that both Flacco and Lamar Jackson have missed time to either injury or illness. Say what you want about the Cincinnati Bengals, but it's actually quite surprising that the Ravens are laying this sort of number given the questions around the quarterback position. I wouldn't touch this game, but if forced to pick, I have to side with the points. I can't touch the Ravens without knowing who their quarterback is and how healthy he may or may not be.