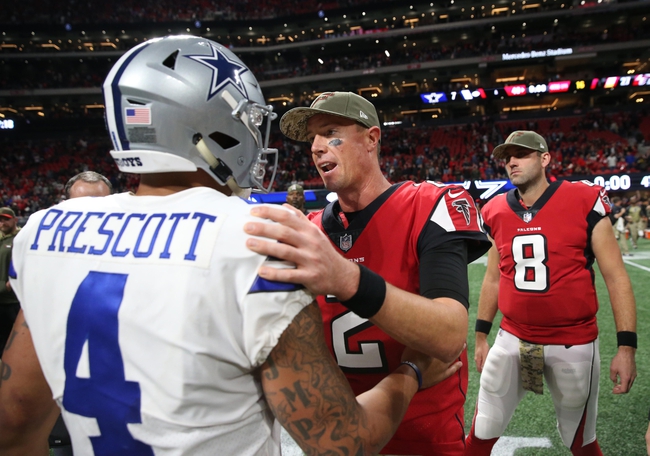 The Dallas Cowboys look for back-to-back wins for the first time this season to get back to a .500 record. The Dallas Cowboys have lost four of their last five road games. Dak Prescott is completing 64.1 percent of his passes for 1,930 yards, 11 touchdowns and five interceptions. Prescott has one or less touchdown passes in nine of his last 12 games. Cole Beasley and Michael Gallup have combined for 678 receiving yards and three touchdowns while Ezekiel Elliott has 35 receptions. The Dallas Cowboys ground game is averaging 133.4 yards per contest, and Elliott leads the way with 831 yards and four touchdowns. Defensively, Dallas is allowing 19 points and 328.6 yards per game. Leighton Vander Esch leads the Dallas Cowboys with 76 tackles, DeMarcus Lawrence has 6.5 sacks and Xavier Woods has one interception.

The Dallas Cowboys are such a tough team to read, as one week they can't score against the Tennessee Titans at home, and then the next week they're lighting up the Eagles on the road. The Atlanta Falcons are fresh off a weird loss to the Cleveland Browns, as it looked like this club was turning the corner after three straight wins. The Dallas Cowboys have covered six of their last 10 games as an underdog of at least three points. The Atlanta Falcons have split their last eight games ATS when a favorite of at least three points. It's tough to get behind either one of these teams. However, the Falcons are at home, the Cowboys are just 1-4 SU in their last five road games and haven't won back-to-back games since December of last year. Give me Atlanta if forced to pick.