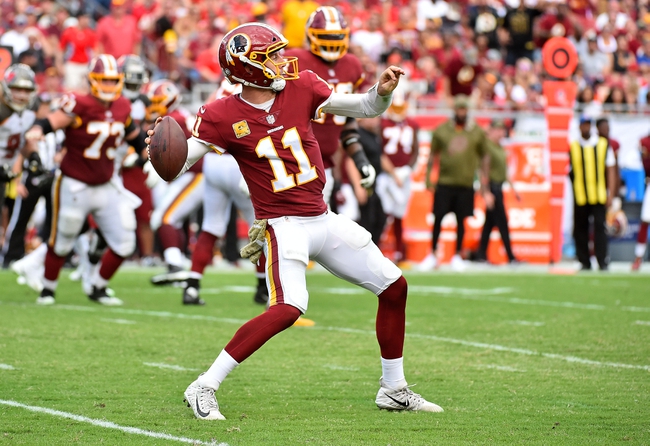 The Houston Texans and the Washington Redskins will be meeting up in NFL activity on Sunday from FedExField.

Houston enters this one at 6-3 overall on the year. The Texans started out with three straight losses but then started playing better and are sitting on a six-game win streak over the Colts, Cowboys, Bills, Jaguars, Dolphins and Broncos.

In the Denver game, Houston QB Deshaun Watson put up 213 yards and two scores, and Alfred Blue led the rush on 39 yards in the 19-17 victory. DeAndre Hopkins had a big game for the Texans, leading with 10 receptions for 105 yards and a TD.

Over on the Redskins’ side, they’re sitting at 6-3 as well. After starting things out at 2-2 on the year, the Redskins have won four of their last five outings with victories over the Panhters, Cowboys, Giants and Bucs.

Houston has looked pretty good during this winning streak, but they’ve also had a couple of close calls, beating the Colts, Cowboys, Bills and Broncos by a score or less. The Texans offense has produced 20 points or fewer in four of the last five outings.

The thing is, the Redskins are in the same proverbial boat. That offense has put up 23 or fewer points in each of their last six.

All things considered, look for a low-scoring game here; I’ll take the Texans.