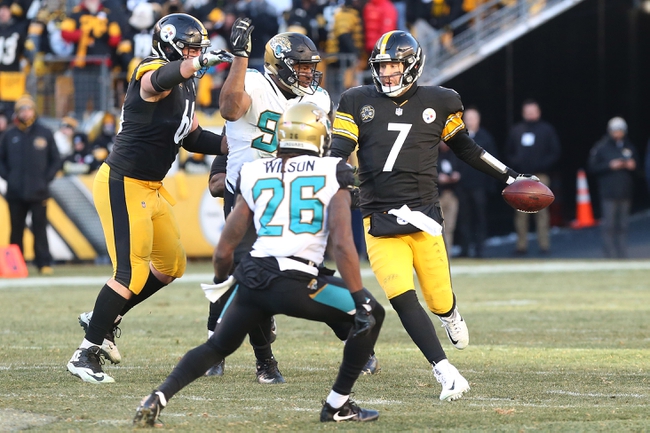 The Pittsburgh Steelers look like a different team than earlier in the season and all five of their victories during this streak have come by at least seven points. The Jacksonville Jaguars just can't catch a break, and they've been held to 18 or less points in five of their last seven games. The Pittsburgh Steelers have failed to cover eight of their last 12 games when a favorite of at least three points. The Jacksonville Jaguars are 8-2-1 ATS in their last 11 games when an underdog of at least three points. The Pittsburgh Steelers should cruise in this game and have added motivation with how the playoff game against these Jags went down. However, five points as a home dog is quite a bit, and the Jaguars can still get after it defensively and did rattle Big Ben the last time they played. I may get burned here, but I'll take the points with Jacksonville.