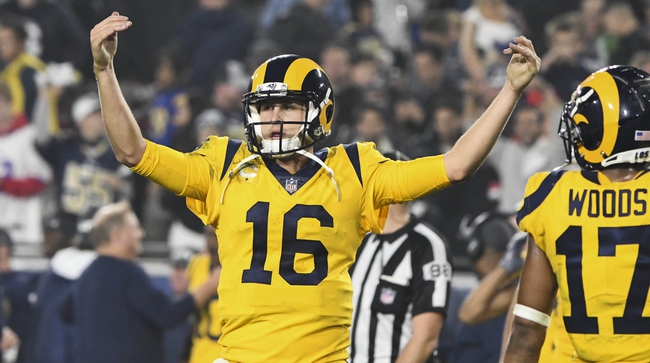 Here are the NFL power rankings as we enter week 12.

5. Chicago Bears - The Chicago Bears have won four straight games and the offense seems to be helping that defense more and more each week. If the Bears can score 24 points on offense each week, they can win the Super Bowl.

11. Houston Texans - The Houston Texans have quietly won seven straight games and get the next three at home. The Texans could truly be a top-two team in the AFC after starting the year with three straight losses.

12. Dallas Cowboys - The Dallas Cowboys should be the favorites to win the NFC East now, but this has been a rollercoaster of a season, so I don’t think anything surprises us at this point.

13. Baltimore Ravens - The Baltimore Ravens would be an intriguing team if they had any consistent offensive success. The good news is that the Lamar Jackson era could be here quicker than we thought.

14. Atlanta Falcons - The Atlanta Falcons likely buried their season with two bad losses to the Browns and Cowboys. With four of their final six games on the road, the Falcons won’t get the chance to be the first team to host the Super Bowl.

15. Tennessee Titans - Right when you start believing in the Tennessee Titans, they get tattooed by the Indianapolis Colts and Marcus Mariota gets hurt. This is what happens when you put too much stock in one or two games.

20. Detroit Lions - The Detroit Lions looked good in their home win over the Carolina Panthers, but the positives with this team have been followed up with three steps back.

21. Cincinnati Bengals - Everyone’s goal should be to have the job security of Marvin Lewis.

22. Denver Broncos - Eight of the 10 games for the Denver Broncos have resulted in either wins or loses by one possession. The Broncos are on the cusp of being a really good team, it’s a matter of finishing games and improving at quarterback.

24. Miami Dolphins - Ryan Tannehill returns for the Miami Dolphins and some other players should be healthy after the bye. This week in Indianapolis will either sink or float their slim playoff hopes.

25. Buffalo Bills - This is the time of year when the Buffalo Bills have a serious home field advantage and three of their last four home opponents are either southern teams or play in a dome.

27. New York Giants - Don’t look now, but Eli Manning is completing passes, using his weapons and the New York Giants are winning games. Unfortunately, September is long gone and so are the Giants playoff hopes.

29. Arizona Cardinals - The Arizona Cardinals have scored 21 or less points in 16 of their last 20 regular season games. The good news is Josh Rosen is putting up some touchdown passes now with those interceptions.

30. New York Jets - The New York Jets have scored no more than 17 points in seven of their last nine games. Not winning in today’s NFL when that’s the case.

31. Cleveland Browns - The Cleveland Browns have a chance to win back-to-back games for the first time since November of 2014. Taylor Swift’s “Shake It Off” was the top song on the charts back then.

32. Oakland Raiders - The Oakland Raiders have a chance to win two straight games for the first time this season, but at this point it’s about getting the top pick and finding a way to get out of that Jon Gruden contract.