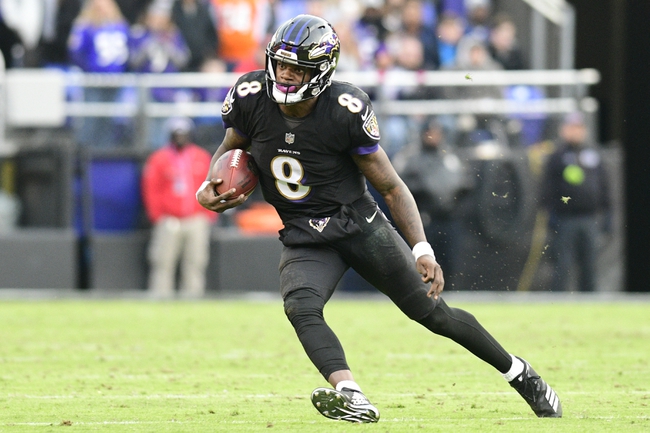 The Raiders are struggling at 2-8 on the season so far. Oakland kicked things off with a three-game losing streak before beating the Browns, then lost five in a row before taking out the Cardinals.

In the Arizona game, Oakland QB Derek Carr put up 192 yards and a pair of scores, and Jalen Richard was the lead rusher on 61 yards. Marcell Allen was tops in the receiving game for the Raiders on 50 yards from four grabs.

Over on the Ravens’ side, they’re 5-5 this season. After starting things out at 4-2 on the year, Baltimore has dropped three of four, but did manage to beat the Bengals in their last outing this past Sunday.

In that Cincinnati game, Ravens QB Lamar Jackson had 150 yards and a pick, but led the rush on 117 yards from 27 carries. Willie Snead was the top Baltimore rusher on 51 yards from five catches.

Oakland has been in major turmoil since the Mack trade before the season, and that’s not showing signs of letting up anytime soon. The team just can’t find an identity, and the double-digit spread here against a mediocre Ravens team is evidence of that.

I’m normally not too thrilled with 10-plus-point spreads in NFL games, but in this case (even with newbie starter Jackson) I think it’s warranted. I’m going Baltimore.