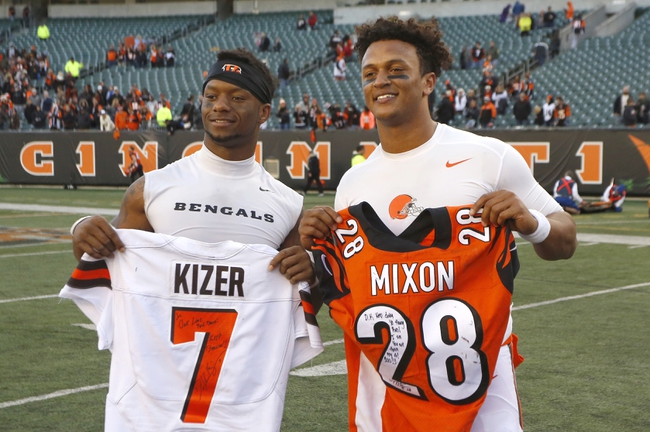 The Cleveland Browns and Cincinnati Bengals meet Sunday in NFL action at the Paul Brown Stadium.

The Cleveland Browns are coming off a bye week and have a chance to win two straight games for the first time in ages. The Cleveland Browns have lost all four road games this season. Baker Mayfield is completing 61.8 percent of his passes for 1,984 yards, 13 touchdowns and seven interceptions. Mayfield has two touchdown passes in each of his last four games. Jarvis Landry and David Njoku have combined for 968 receiving yards and four touchdowns while Antonio Callaway has 26 receptions. The Cleveland Browns ground game is averaging 133.2 yards per contest, and Nick Chubb leads the way with 579 yards and five touchdowns. Defensively, Cleveland is allowing 26.3 points and 419.7 yards per game. Jamie Collins Sr. leads the Cleveland Browns with 71 tackles, Myles Garrett has nine sacks and Denzel Ward has three interceptions.

The Cleveland Browns have had an extra week to prepare for this game and have been in close games all season long. The Cincinnati Bengals have lost four of their last five games and not being able to beat a backup quarterback last week doesn't inspire much confidence this week. The Cleveland Browns have covered six of their last nine games when an underdog of at least two points. The Cincinnati Bengals have split their last 10 games ATS when a favorite of at least two points. The Bengals will continue to be the Bengals as long as Marvin Lewis is the coach and backing them is almost like kicking yourself in the groin. However, the Bengals are the better team in this matchup and have won seven straight against the Browns. I'll eat the small number.