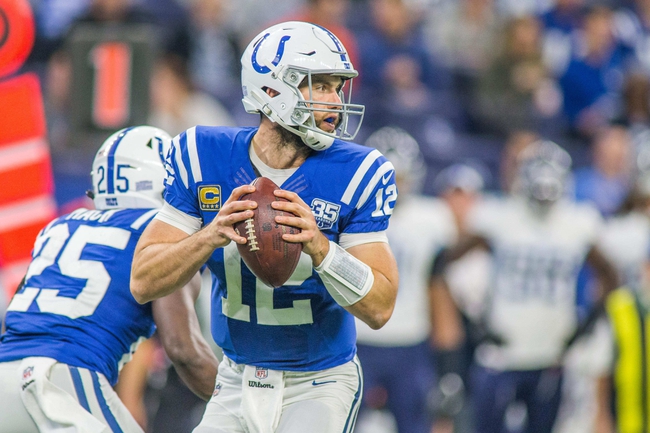 The Miami Dolphins and the Indianapolis Colts face off in  week 13 NFL action on Sunday at Lucas Oil Stadium.

Miami comes into this one at 5-5 on the season. After starting out at a promising 3-0 early in the year, the Dolphins have come back to earth by falling in five of their last seven outings, including their last matchup against the Packers.

In the Green Bay game, Dolphins QB Brock Osweiler put up 213 yards and a pick, while Frank Gore led the rush on 90 yards. Danny Amendola was the lead receiver for Miami on 72 yards from seven catches.

Over on the Colts’ side, they’re sitting at 5-5 as well. Indianapolis started out pretty shaky at 1-5, but have rattled off four straight wins versus the Bills, Raiders, Jaguars and Titans.

In the Tennessee game, Colts QB Andrew Luck put up 297 yards and three TDs, and Marlon Mack led the rush on 61 yards and a score. TY Hilton had a huge game for Indianapolis with 155 yards and two TDs on nine grabs.

Aside from a very uninspiring 13-6 win over the Jets a few weeks back, the Dolphins have looked pretty bad over their last four outings and haven’t been within double-digits in any game deficit at the end.

Indianapolis, however, has been pretty darn good over their last four games, even though they’ve played some of the dregs of the NFL in that span. Still, they’re looking like a more cohesive team these days.

I would stick with the Colts if the line weren’t so thick (say, a touchdown or less), but as it stands right now trending toward double-digits I’m going Dolphins.