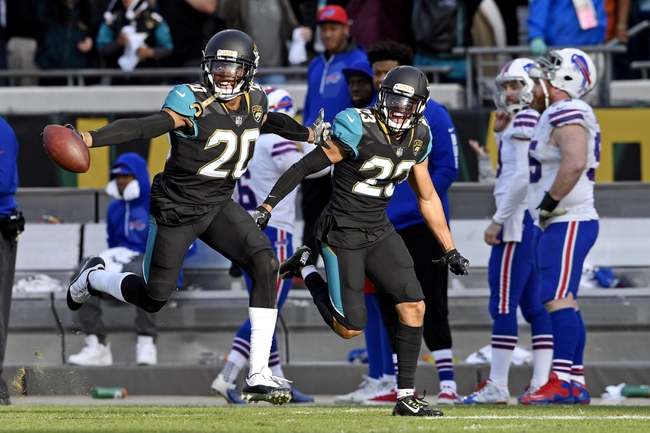 The Jacksonville Jaguars and the Buffalo Bills will meet up in NFL AFC action on Sunday from Ralph Wilson Stadium.

The Jaguars are sitting at 3-7 on the season so far. After starting out with a 3-1 record, Jacksonville has lost their last six games in a row to the Chiefs, Cowboys, Texans, Eagles, Colts and Steelers.

In the Pittsburgh game, Jaguars QB Blake Bortles put up 104 yards on 10 completions, and Leonard Fournette led the rush on 95 yards and a TD. Fournette was also the lead rusher for Jacksonville on 46 yards from two receptions.

Over on the Bills’ side, they’re 3-7 as well this season. Buffalo was sitting on a four-game losing streak versus the Texans, Colts, Patriots and Bears, but managed a huge 41-10 win over the Jets in their last outing.

In the Jets game, Bills QB Matt Barkley put up 232 yards and two scores, and LeSean McCoy led the rush on 113 yards and two TDs. Robert Foster had three grabs for 105 yards to lead the Bills receivers.

Well, the high hopes Jacksonville had early on in the season have now evaporated completely and they’re playing for draft position at this point.

There’s not a whole lot to get excited about Buffalo either, as they’re in the draft sweepstakes as well and need a massive retooling.

All things considered, Jacksonville is the better team though and should be able to cover here.